How do I make an Animation Fade scene transition? What is an animation fade? Why would I want to fade one scene into another?

The power of the Animation Fade…

There is great power in an animation fade. It can imply action or a look 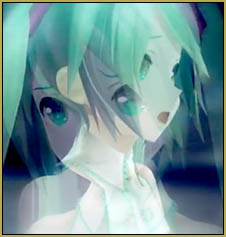 into the past of the singer, or a look into their minds as a glimpse of what they’re talking/singing about.

How do you do this… Lets say you have a sweet fight scene you’d like to incorporate into your animation…  but you’ve already done the lip sync and animation for a PV (a long, uninterrupted single-scene shot, as most MMD music videos are)… just render the original scene as one video and the fight scene as a second video, and, using a video-editing program like Sony Vegas or Microsoft MovieMaker, find good spots in that video to cross fade-in the fight-scene (key here is to make sure its an emotional or climactic part of the song) see the below videos for references:

Now lets say you want the animation to have a sort of fade-effect but to fade-in and -out on itself. It’s the same process; though you’d have to fix up the lip-sync a bit. As with this video preview, here, which I have been working on…

The key with this type of thing is going to be to have many camera angles to choose from as you edit.  I recommend that you render at least 2 versions of the same animation using a few different camera angles.

A final note… a little off-topic!

After you have made your video and posted it to YouTube, try to get the best possible image to be your thumbnail image on YouTube. I like to stress the idea that you could have the best video ever… but if your thumbnail doesn’t look artistic, you won’t get many views. ^ _^

Have fun with MMD… try out this Animation Fade idea!

Add Life to your MMD soundtrack with Laughter and Applause! VDE-3!

How can I make my MMD video sound like it's in front of a live ...read more

How do I modify MME effects? Can I create a NEW MME effect? How do I change ...read more