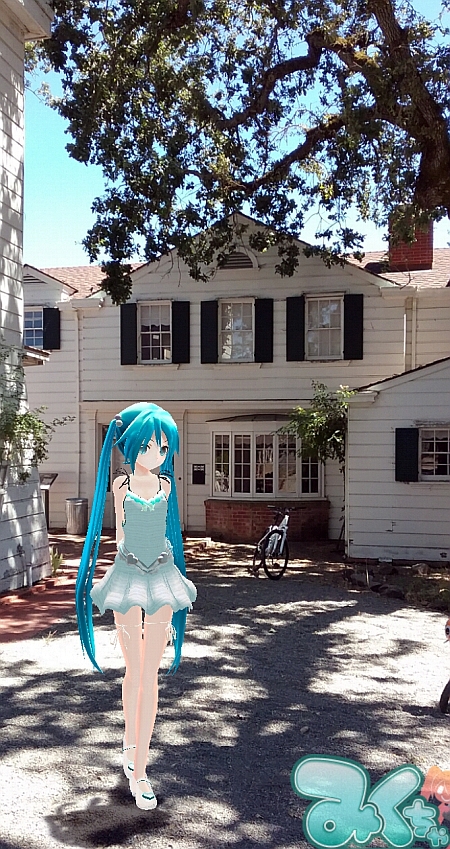 Heh, heh… after having “typed” the last few articles I wrote on an Android tablet, returning to typing this one on my net book all of a sudden feels “odd”.

Neru: I do all my typing on my iPhone.
Miku: You can afford an iPhone?

Miku: HEY THAT HURTS YOU KNOW!!!

We’ve been thinking about this for awhile, but our thoughts have become coherent enough to put down on “paper”.

Miku: FYI, in the interest of being eco-friendly, no trees were cut down in the making of this article!
Neru: And since when did anyone use paper for articles on the Internet, Miku?
Miku: Hmmm… now that I think about it, never!
Neru: You had to think about that?
Miku: Well doh, yeah. I do think about important stuff too you know!

There is a point to the pointless banter between Miku and Neru. If you have read this far it proves an important point that I will be making here. But I won’t tell you what it is; you’re going to have to figure it out for yourself.

Seriously though, that nonsense banter between Miku and Neru is all it takes to form the basis of a short, watchable animation skit. Most of the time, when we think of anime, we are thinking about either cinematic long works or more commonly, the 20-30 minutes long serialized anime episodes. But there is another genre of anime that MMD animators should pay especial interest to: anime shorts.

Anime shorts are usually about 5 minutes long and usually targeted at a more mature audience. As such, they probably are not that well known to younger viewers especially since the plot lines may seem to be nonsensical since you can only tell so much of a story in a 3 minute segment. But, watching them more carefully, I’ve discovered that they are truly gems of animation and story telling techniques. Lessons that can easily be translated for use in MMD.

Most anime shorts are 5 minutes long from the title to the credits. The title and credit segments usually takes 1 minute each, leaving only 3 minutes for the actual story. Many MMD music videos fall into the 3 minute long duration and, honestly, most people probably won’t watch them to the end, especially if they used canned motion unless they are exceptionally well made or the music is of special interest to the viewer.

In actual fact, with any video production, you have about 30 seconds at most to capture the viewers’ attention. Which is why drama type animations have an edge over their music video counterparts. With drama animations, you can keep people watching till the end if only because they want to know “what happens next”.

But you don’t need 20 minutes to tell a story; and this is why the 3 minute long anime are gems of story telling innovation and animation techniques. Many of these animated shorts do exactly what I did with that short banter between Miku and Neru at the top of this article. They take mundane, day-to-day interactions and use these as the basis of the story. But it is the way that it is done that makes them gems to watch. Many people will miss the point of these types of animations but the point is that they are deliberately made this way for those who really appreciate story telling in its higher forms. There is a poignancy to these types of anime shorts that leaves a pleasant after thought for people who really understand the point of these works.

If you understand the basic tenets of “Zen”, many of the finer examples of these anime shorts captures this philosophy in a manner that cannot be expressed in words alone.

Additionally for those of us who are interested in making animations for MMD and are tired of using canned motion, this is an area worth exploring. Especially since the animation techniques used are especially of note to those of us interested in developing our own methods.

Not all of these anime shorts are “talkies”, many of them have long duration of essentially silence. Also, in many examples that I watched, there’s not much motion either! The key to this strategy is effective story telling techniques and precise use of the camera. They get to the point and they do it very quickly and usually in a manner that is not immediately apparent to the viewer.

So how can you have a three minute long animation with little, if any talk or even motion? Well you can. I’ll give you an example action plan that you could try out for yourself.

Miku in a yukata sitting on the edge of the platform of the deck outside the living room of a traditional Japanese house. She is holding a Japanese fan and gently fanning herself. This is essentially a very simple set up with minimal animation needed. It also helps set the time and place for the story and even indicates that it is a warm day.

Establish and develop the plot:

A butterfly flitters over to Miku and gently lands on her free hand which she languidly stretches out to receive it. Once again a very simple sequence to create. Minimal amount of animation necessary. As for the butterfly, you can rig the model with an auto-wing-flapping mod to eliminate the need to even animate the wings flapping.

Camera then focuses in on the butterfly in her hands. This only needs to be posed. With the auto-wing-flapping mod in place, you don’t even need to worry about the wings.

Camera then focuses on Miku’s expression. She blinks a little then gently smiles. All done with careful facial manipulations.

Camera then focuses on the butterfly again. It has stopped flapping and showing off its beautiful wings in all its glory while perched on Miku’s hand.

Bring the sequence to a close:

Camera then zooms out again as Miku gently raises her hands and the butterfly flies off the scene.

Miku resumes fanning herself and the camera slowly zooms out to show the whole scene and also to register the end of the sequence.

This whole setup can be done in about 2.5 minutes, a little longer if you want to be a bit more creative with the camera. There is minimal animation needed and no speech, yet it effectively tells a story. Add some cool sound effects such as softly playing traditional Japanese music in the background and crickets chirping to help establish a feeling of a lazy, hot Japanese summer day and you essentially have the building blocks for a very powerful, emotive animation short.

One of the key points of this type of animation is that they keep to a single point. But like the pointless banter between Miku and Neru up top, there doesn’t have to be a point in the conventional sense.

We’re conditioned from a young age to expect that stories have a point or a moral behind them. There are no rules that says that this is explicitly so. Some of the best stories perhaps are those where the viewer has to draw their own conclusions.

Not all anime shorts are “Zen” like. The ones that are tend to focus on “slice-of-life” scenes. Many are comedic, telling a single joke per episode. Also, word of warning, since this genre of anime are usually directed at an adult audience, some feature subject matter or imagery not suitable for younger viewers.

The safest place to find good anime shorts is on Crunchyroll.  They are worth watching just to examine the techniques and methods used in their production.