How do I modify MME effects?
Can I create a NEW MME effect?
How do I change the way an effect looks in MMD?

… and THEN I realized that I wanted the Falling Hearts to be LARGER. We know that you CAN EDIT the FX files for an effect… it’s easy. 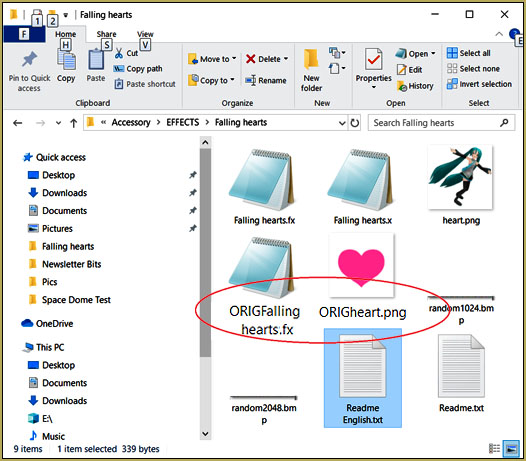 Those tiny hearts we see in that video turned out to be NOT a function of the PNG image size. My new Miku PNG was created at 600×600… the old original Heart was only 120×120. 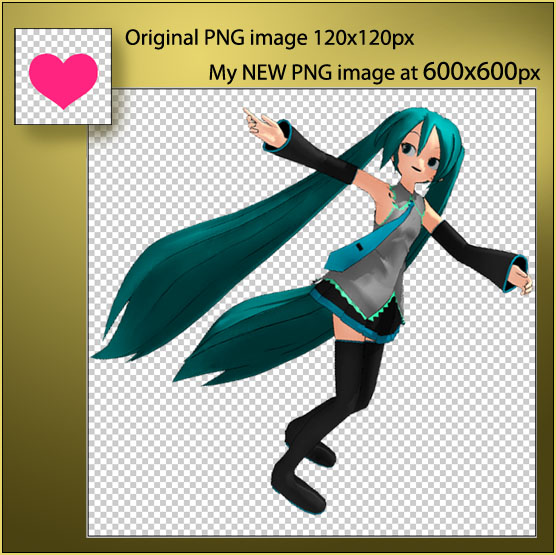 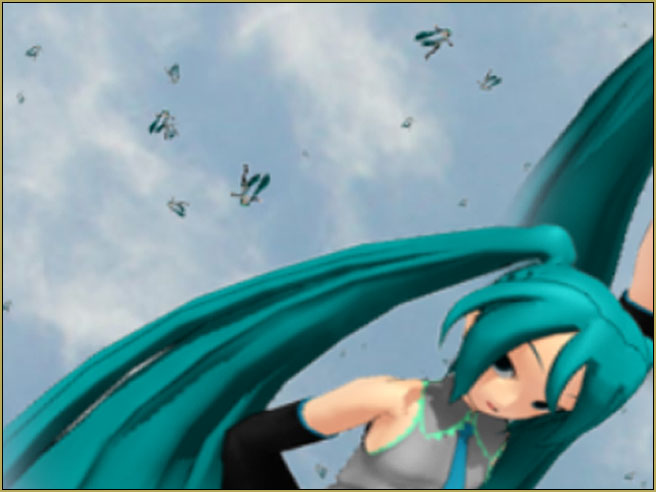 So… I decided to EDIT that FX file to see if I could find a “Size” attribute… and… there it was: 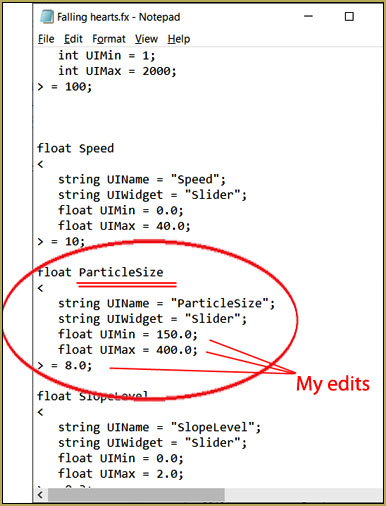 The original numbers for that text had the “Float Min at 0.0 and Float Max at 3.0… I changed the numbers to what you see there… that was my only change for the first test… but… I still had tiny Mikus… no change.

So I went back and modified the original last line, there

and NOW I had HUGE Mikus, way too large…

and I again found HUGE Mikus… but at a reasonable size I could play with.

I started a NEW MMD animation to show only the modified “Falling Hearts” effect, by itself…

Going into Accessory mode, I could roll that effect to new angles and new views… Just amazing… 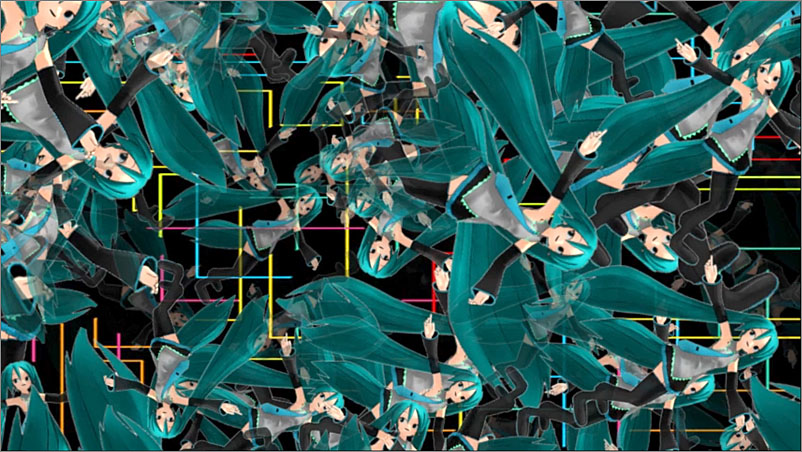 WOW! … literally “something for nothing”… an amazing, crazy view of whirling Mikus simply by making that simple modification to the old effect.

Give it a try:

Think of an effect you have used and imagine what you might do to make it “more!”… and then dig into that .fx file and see if you can figure out your new twist.

I DID check the README for the Falling Hearts effect and it was simple and clean… no violation on my part. 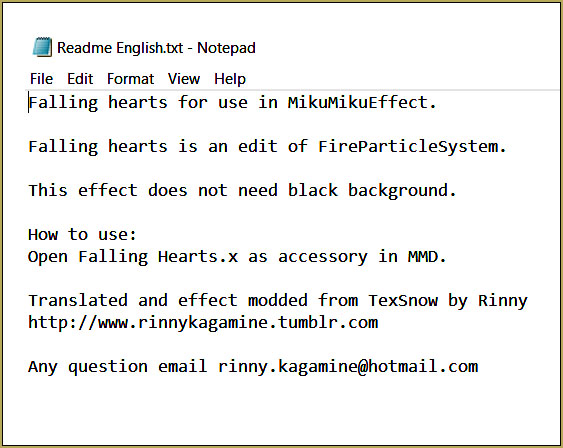