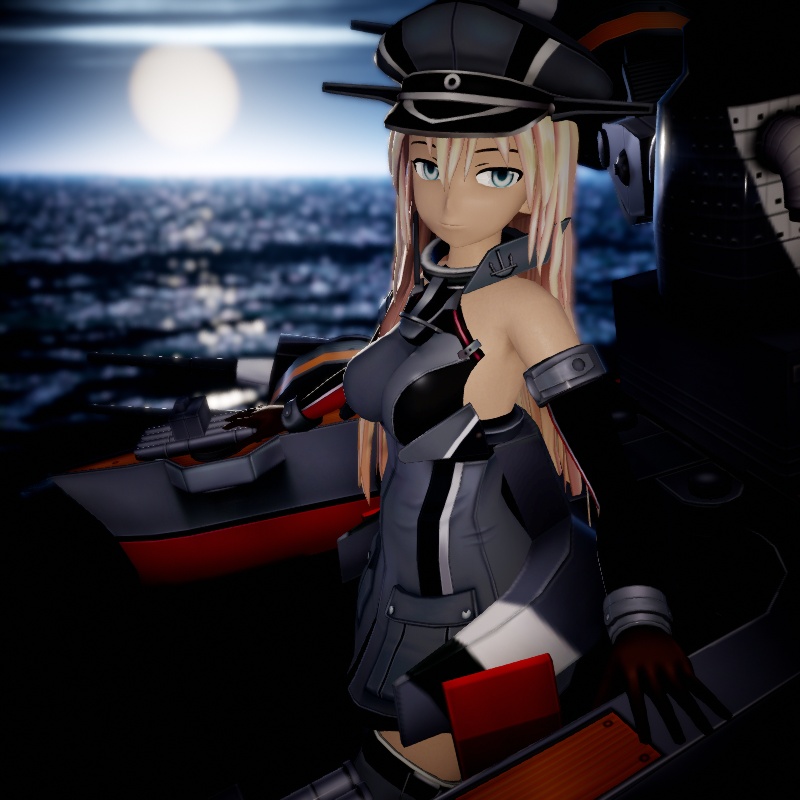 This article will be a quick short one. Since there is a plethora of KanColle and Azur Lane character models available for MMD nowadays, let’s have some fun with at least one of them. In this article I will choose one of my favorites, Bismarck Drei by Hinoichi, but you can choose one of your own faves for this exercise.

These girls are anthropomorphic manifestations of historical WW2 warships and the common design is to have an anime style girl character to which is attached the fighting gear of the ship she represents. Which means that being a ship, these girls can walk on water. So prop-wise there’s not much to scenes featuring these types of models. You just need a big body of water and a sky box. Fortunately, Ray-MMD comes with these and we will just make use of those.

Anyway, anchors away! Let’s go to sea with one of these girls, or rather MMD.

Stage 1: Setting up the girl

These types of MMD models either come with the girl and her gear as separate models or they come as a single model. If the full kit is two separate models, just load these and attached the gear to the girl. Usually, you will use the OP function to do this. Our model, Bismarck Drei, comes as a single unit so I just loaded her after running her through the PMXe for label translations.

It is best to pose the model at this point, but it can also be done later in the workflow. I personally prefer to do the posing and set up before adding effects, so this was done as shown below. I just referenced some images of her online and cobbled together something that makes her look battle ready. 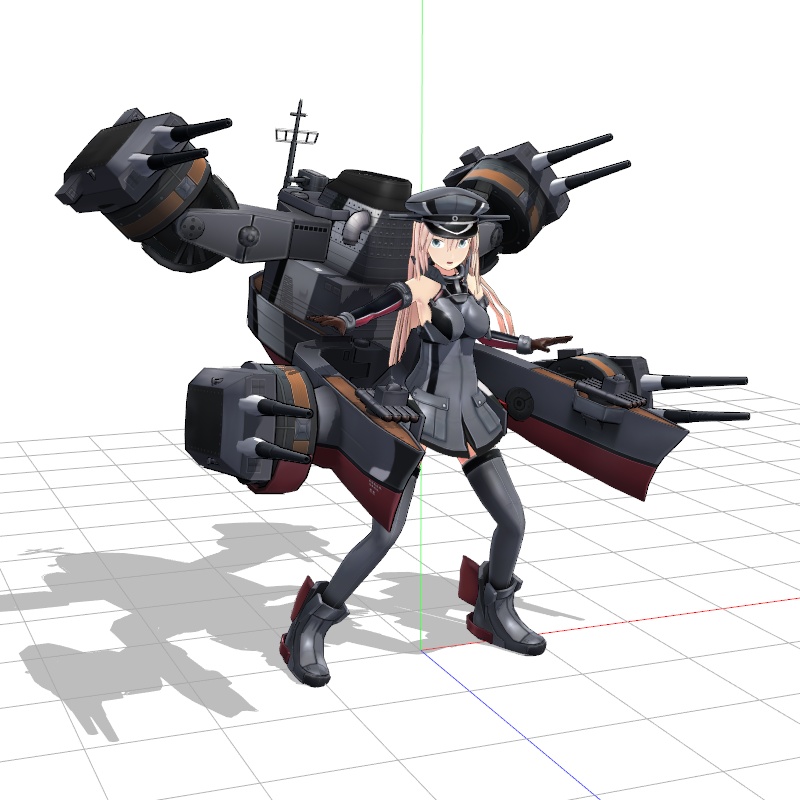 Stage 2: Setting up the staging

The next step is dead easy. Just load the Time of Day sky box and look in the programmable sub-folder of the materials folder for water.pmx and load that as well. Turn off MMD’s ground shadow display and then go over to the water.pmx facials and set the scale to 1.0. This should fill up the ground plane with a big grey slab; this is the foundation for our “ocean”. By this point, you should have something that looks like the image below. 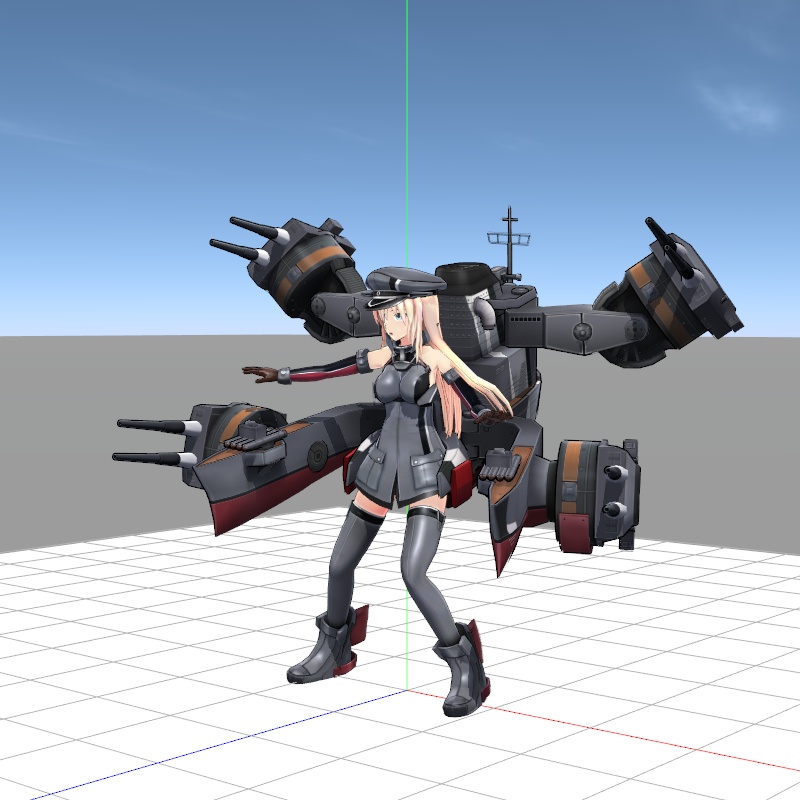 Try not to use the default lighting set up. That generally is not the best option. Move the light around until you get some even lighting on the face and a good play of shadow and light on the mech gear. Our set up is shown below. Also, play around with the camera settings and see if you can identify some good POVs. Nothing done at this stage is set in stone, you just want to create a decent set up to work with. 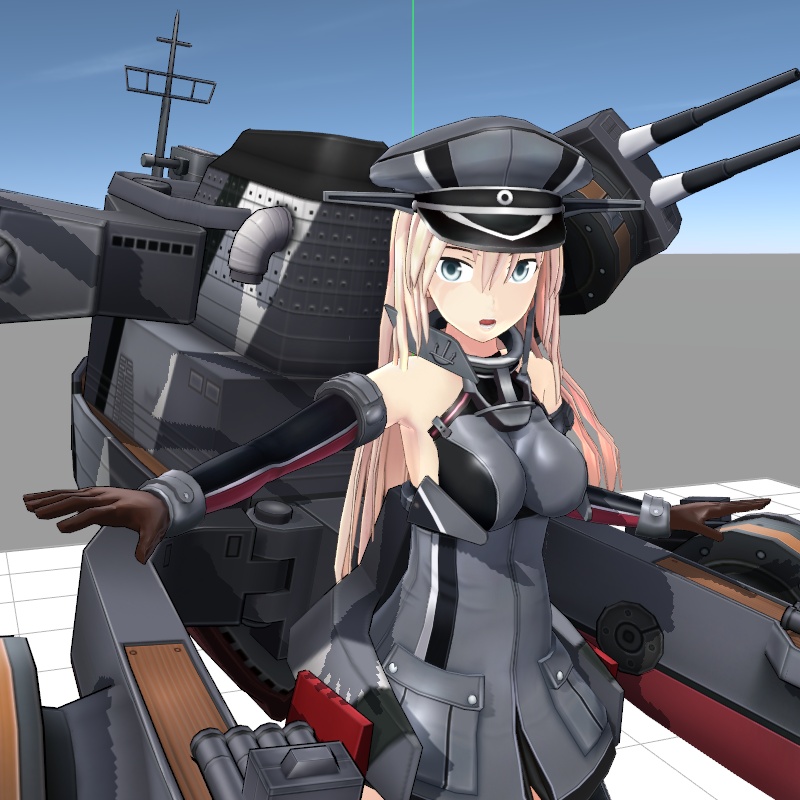 Load ray.x and ray_controller.pmx; then do a quick draw order sort. 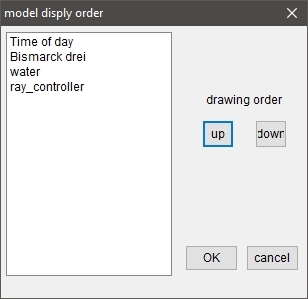 Add the following .fx files to the models: 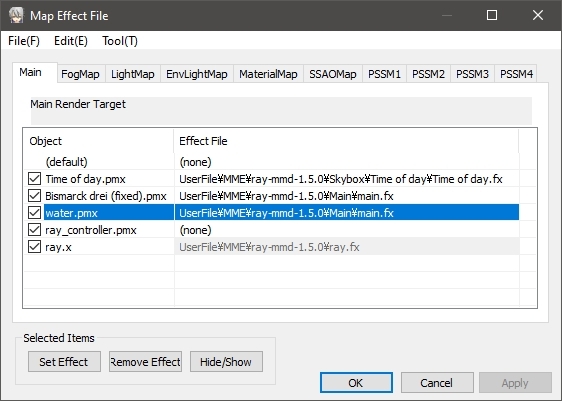 Note: You don’t have to add the main.fx file to water.pmx for the water effect to work. The advantage of adding it is that the water surface does take better advantage of the global lighting set up, but it does also darken the water surface. You might want this for a “deep blue sea” type of look, but even without it, the water looks pretty convincing. 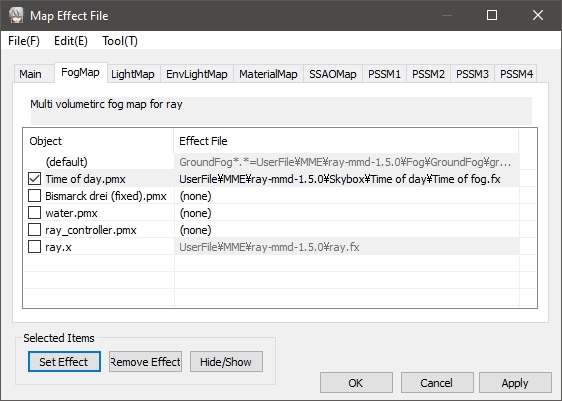 Note: The fog effect is optional, but it does help make the horizon line blurry, hiding the area where the water and the sky meets which helps the scene look a little bit more realistic. 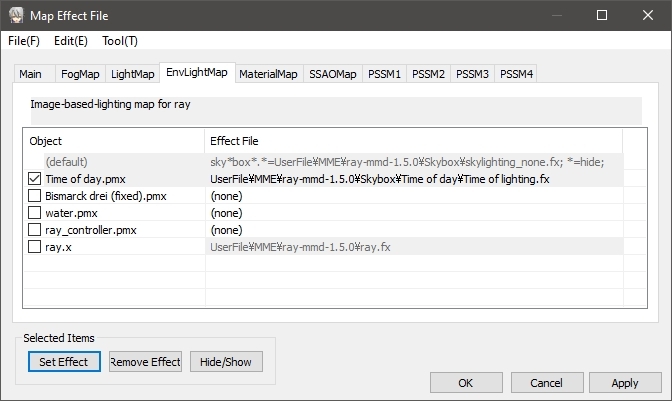 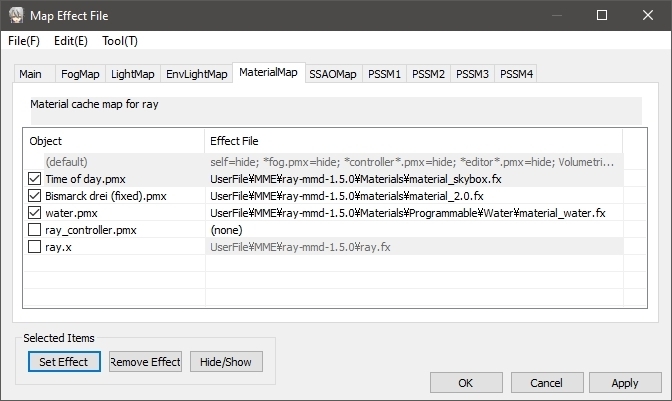 Note: Make sure you add all of these .fx files to the listed models. The sky box especially must have materials_skybox.fx and not material_2.0.fx.

Once all these steps are done your scene should look similar to what we have done so far. Please note that at this point, no adjustments have been made. Note also that the blurring is caused by my RayMMD set up having the Bokeh Depth of Field option enabled. What is important at this point and what you want to pay attention to are the color levels. Does everything look like they all belong in the same scene? 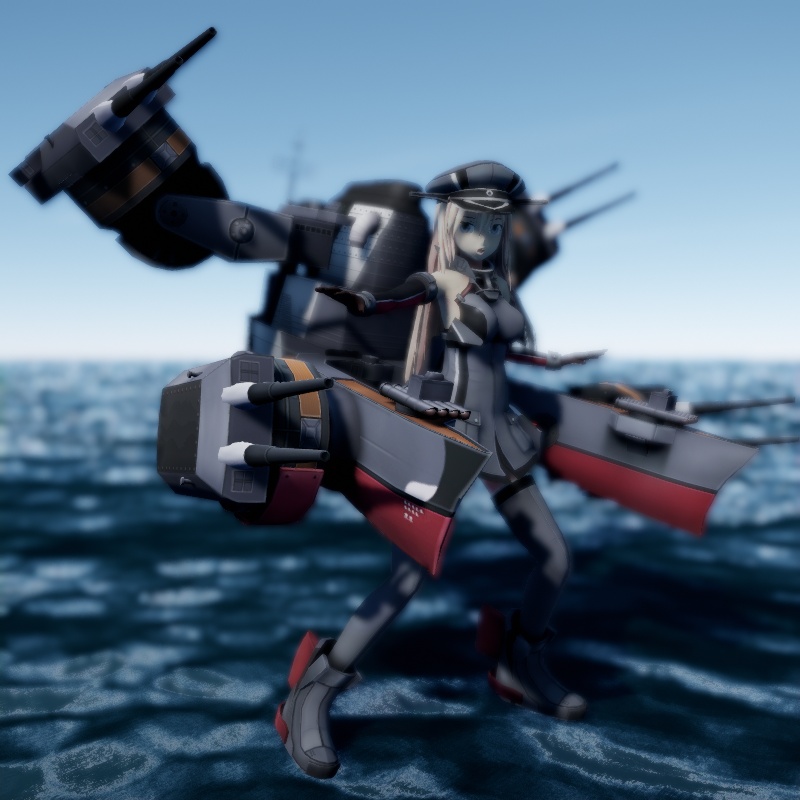 Stage 4: Getting the best POV

At this point, before making the final adjustments to the RayMMD components, it actually makes good sense to set up the best camera shot. Especially, since we’re doing this exercise for a single shot, we can afford the luxury of tailoring our settings specifically for the final image. If you’re doing this for a motion performance, you will generally need a more generic approach. Anyway, this is our POV set up. We did it this way as we really want that gear of her’s to grab the viewers’ attention.

She’s blurred at the moment due to the Bokeh DOF effect settings still being at their default values. But this is not an issue as everything can be accounted for using the RayMMD controls. 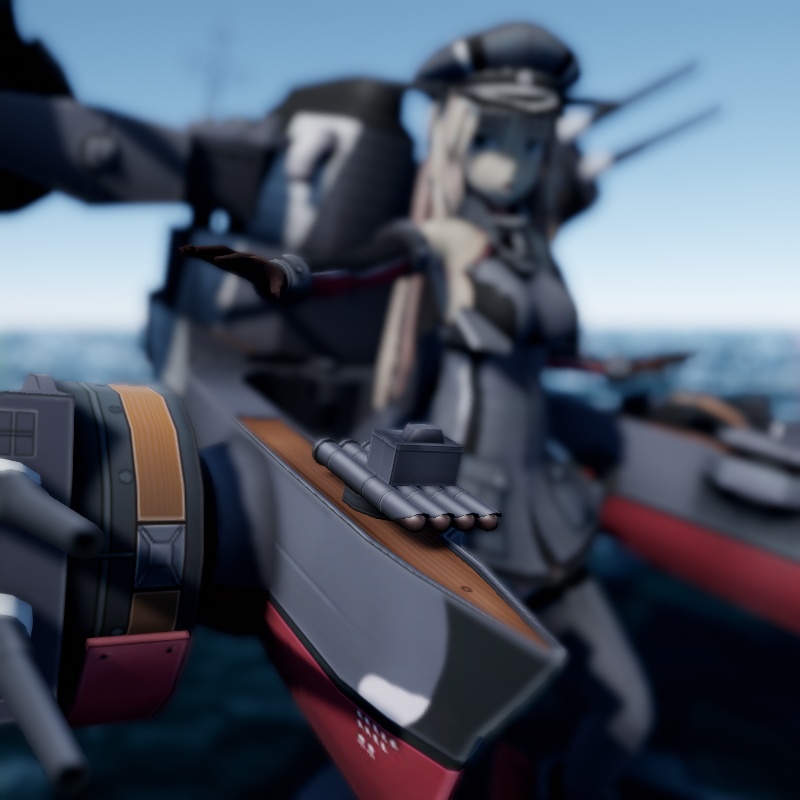 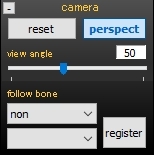 This next point is very important: for the purposes of illustrating this article, most of the imagery was cropped to fit a 800 x 800 pixel frame. The final render which is linked to the last image, is the intended purpose of all the adjustments made and there is actually quite a significant visual difference. When you view the final image, you will fully understand the point being made here.

In any case, the next image was made with some of the adjustments but we still have not applied any material specifications to the Bismarck Drei model. The strategy here is to make sure that we are getting a good play of shadow and light on the model. We also adjusted the DOF settings. The field of focus is deliberately very narrow so that some parts of her gear is slightly blurred, especially at the front and the back. Bismarck herself primarily is clearly defined except her extremities. This blurring is deliberate, since this is a static image, we wanted some blurring to suggest “movement“. This approach is a nice trick for action type imagery. But we can make the image even more dynamic in appearance by further tweaking the global light settings using the RayMMD controls. 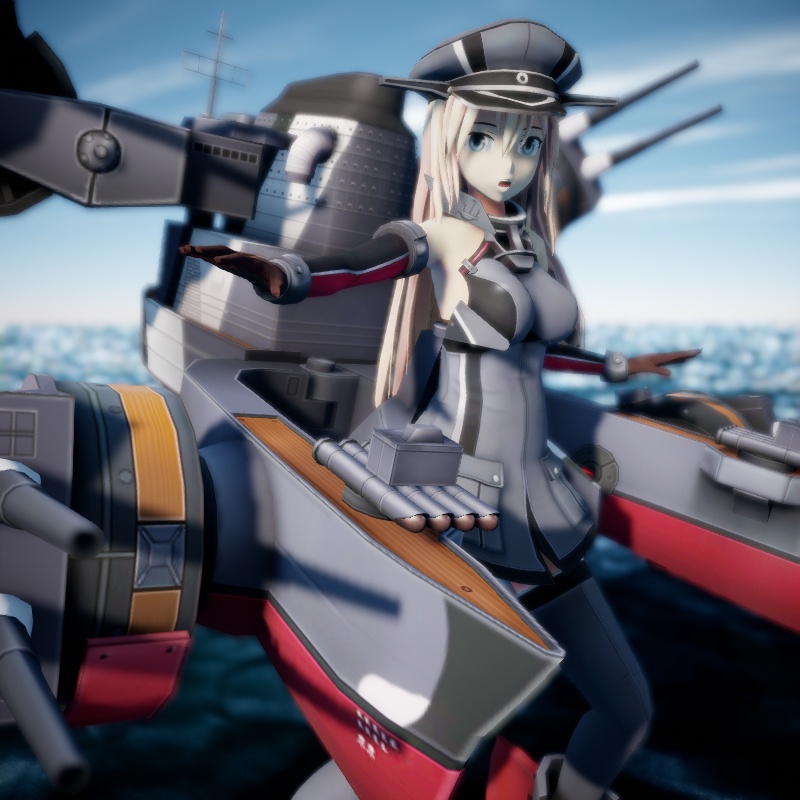 The next image shows results of the final adjustments after material effects were added to Bismarck. If you click on the image below, you can see the original 1920 x 1080 pixel full screen render in all its glory. The impact of the full size image is quite different from the 800 x 800 image shown below as you get to see the “whole” picture. All the settings, as there is a long list can be found in the appendix section under the credits below. 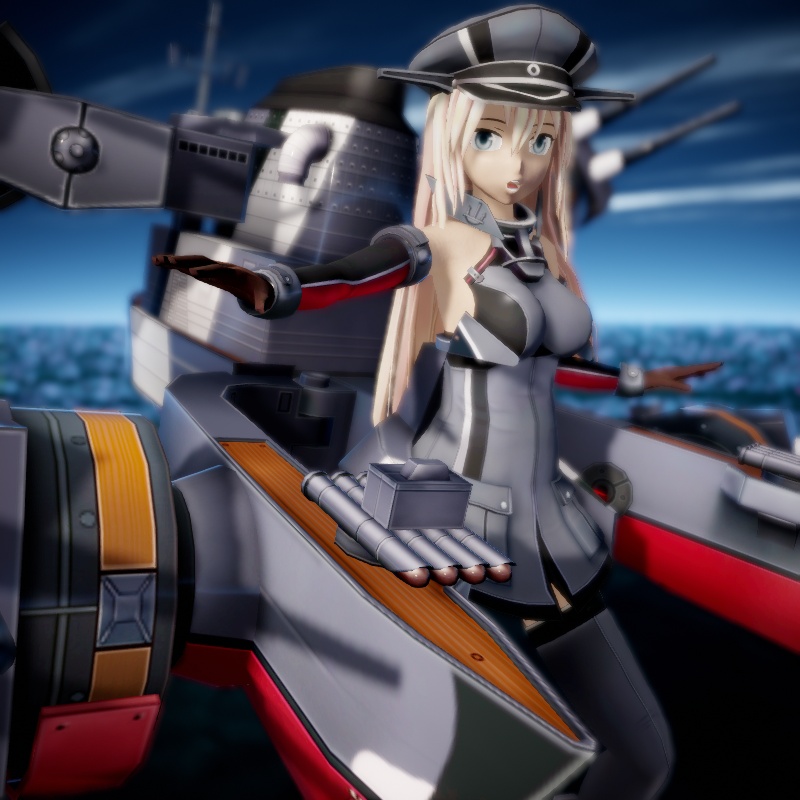 Thanks for reading. We hope you found some useful information in this article. If you have any questions, please feel welcome to post these in the comments section below.

Note: The header image actually uses the same set up but with Bismarck (slightly re-posed) and the camera rotated 180 degrees. To even out the lighting on Bismarck, a fill light was added. 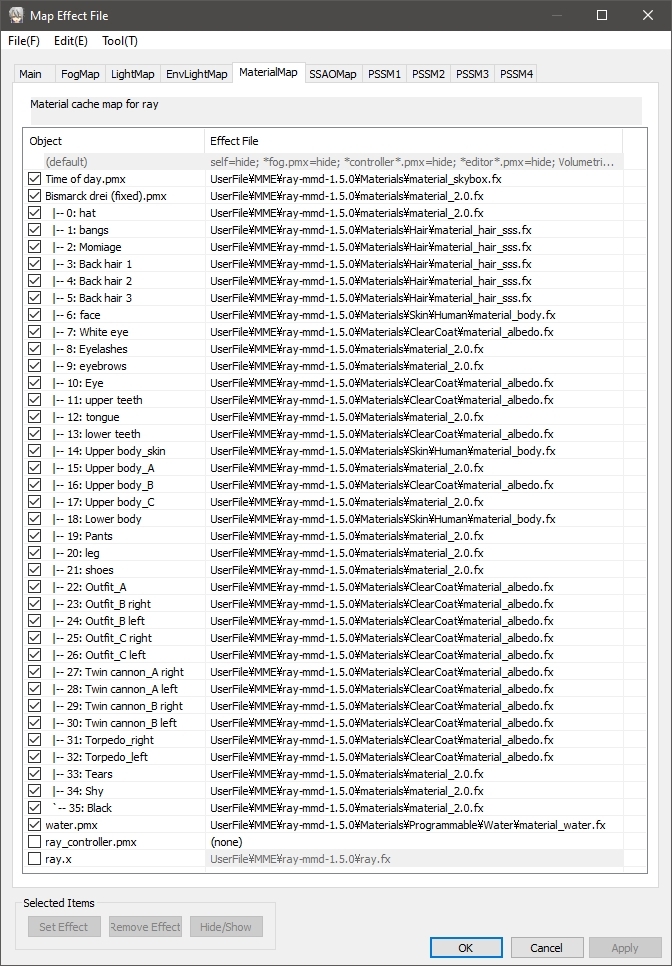 Have fun with MikuMikuDance and Ray-MMD!