Usually I flow through articles logically. I try to start at the bottom and work my way up. The mesh comes before the weighting, the textures come before the sphs… But today, I’m not doing that because the information I’m sharing first is too important to wait.

You heard me right. You never have to enter a single weight or movement restriction ever again. Before I found presets, I couldn’t see every field. The only way I could use the plugin was either by not completely filling out the information or by using the “tab” key and hoping I didn’t mess up and accidentally write 5,000 instead of 50.

To use them, you go about business as usual.  (Note, sometimes using “PMD Model” with “Get Model” ends up with better results, even if it is a PMX model.) That is, until it comes to entering in all of the information. After using “Get Model”, go to “File”, then “Open Part”. 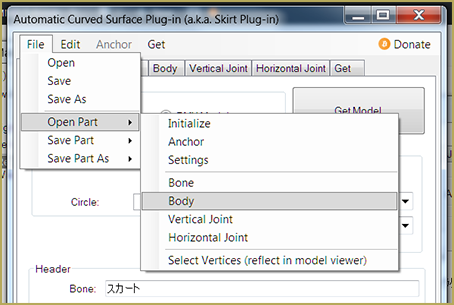 Search for the settings file and load it for “Body”, “Vertical Joint’, and “Horizontal Joint”. Once those are loaded, press “Initialize and “Anchor Start Point”. If your version of PMX Editor is in Japanese, this is the general location of those buttons:

Once the joints are placed, press “Anchor End Point” (in the same position as “Anchor Start Point” was earlier.)

Do not rotate joints!!

Almost every guide I saw involved rotating joints. Don’t do that. Maybe it works fine and dandy, but the moment I stopped rotating the joints, it finally worked. To position the joints, use the handle. 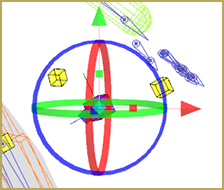 The little boxes allow you to click and drag to resize things. Selecting two opposite joints and clicking and dragging the little box will make them get closer or further apart. Try to keep all four joints that are on the same plane on the same plane. If one goes up, they all go up! I may be wrong and it may be one hundred percent okay to do the things I’m saying not to… but this is the only way I’ve gotten it to work.

The idea of weighting a skirt before using the skirt plugin feels absurd. That’s why I tried multiple times to rig the skirt without weighting it first. Usually, this happens:

Both skirts have the same exact settings and very similar joint placement. The difference is that the first has parts that just aren’t weighted period and the second was weighted to the legs beforehand. Usually, using the weight transfer plugin will fix it. However, this base was straight up broken and didn’t even kind of work with it. So, I weighted it by hand before initializing the skirt plugin.

In MMD physics, two bodies that are not in non-collision groups together cannot touch within the model. When two bodies are initialized while touching, you get insane amounts of jiggle.

Before I learned this trick, placing joints was a very stressful experience. You can’t see the legs through the skirt most of the time, so you were going blind… especially if you knew better and kept the body masked! All of that stress melted away with the green pill looking thing.

Using that display type, I am able to see instantly if the joints are too close to the bodies!

While the bodies may not touch, it is actually a very good idea to put the joints inside of the mesh as opposed to directly on it. 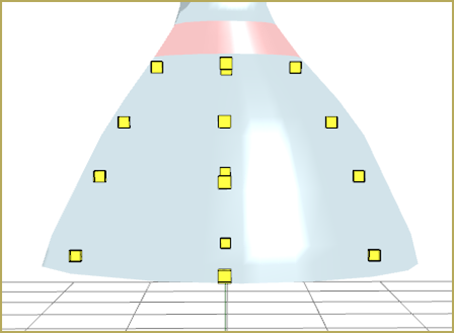 Here, I feel I should note that according to the documentation the shape of the joints changes how exactly the physics work. A bell shaped skirt will work differently than an A-line skirt. But, I’ve already rigged four skirts for this demonstration so I’m not delving too deeply into that.

Which of the PMXE Skirt Plugin Presets is for You?

I’ve rigged skirts with all four presets and had them dance here:

My favorite is, of course, the PMXE skirt plugin presets that I hand picked for the download!

The ideal MMD skirt is short, tiered, and begins at the waist. Why?

A short skirt stops the knees from being as much of an issue. A skirt being tiered or layered helps hide any legs from poking out by putting more material between the two colliding bodies. The skirt beginning at the waist means that by the time the skirt gets to the hips, it is already has room to be flared out.

However, that is one very specific look and only making those skirts would make the fashion scene of MMD extremely boring.

I actually made a second skirt that showed off how to add physics to a skirt that doesn’t fit that criteria, but the base was so completely broken that I wasn’t even able to mask materials to use the skirt plugin. Ouch! Surely, I may write another article on the very issue of rigging skirts that aren’t ideal someday. 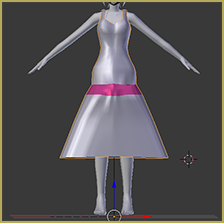 The theory behind how to rig them is simple. If you cannot fit a body between the mesh and the leg’s body without it glitching out, weight the skirt to the leg. That’s basically the whole thing!

I am super excited to see what everyone makes now that they know they can use presets for skirts instead of typing each variable in manually!

I have a question regarding “non collision” points regarding skirts. I have a skirt which I use constantly and I would like to be able to use it without my models’ legs coming through the front or back during poses/motions (Is that called “clipping”) how do I accomplish this, and is it related to these points?

The most important part is that the legs have physics bodies. Not all models have them, but without physics bodies in the legs, they will clip through anything.

If the legs have physics bodies, then you need to make sure that the color of the bodies in the legs and in the skirt are different. If they’re the same, you’ll need to change the collision group for one of them.

If they are different colors but the legs keep popping through, you need to check to make sure that neither body has the other body in the non collision group.

MMD physics is VERY finicky. Everything can be correct in theory, but the legs still pop out. Skirts just don’t work very well with this physics system!

I was going to add physic to my dress but seems like the heigh in the configuration panel is gone, is this a problem with the plugin? I need this option but is there a way to have the option back ?