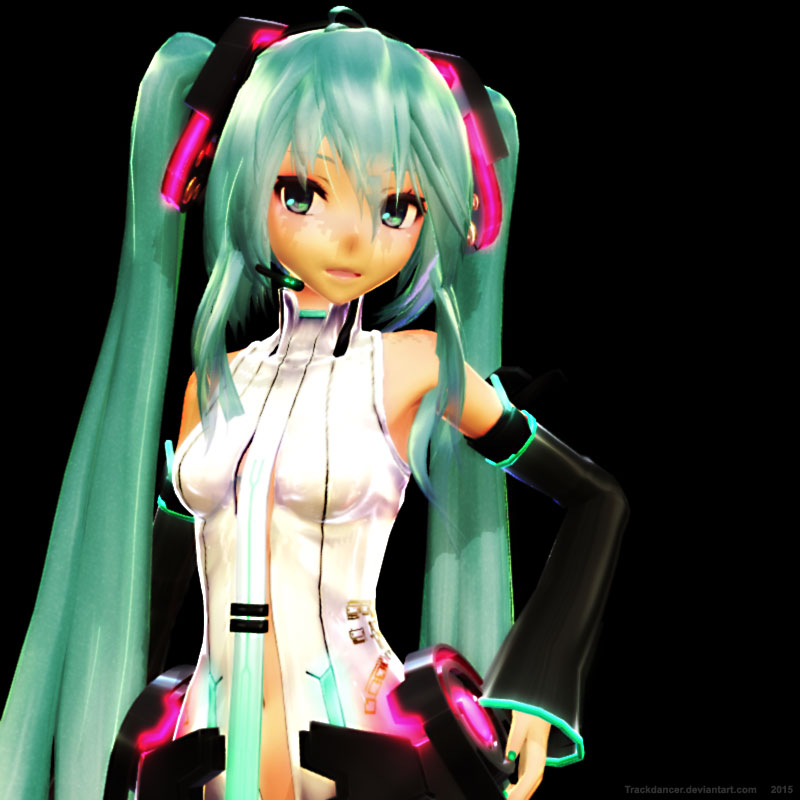 In the course of a private discussion the crew of LearnMMD were having in the background, “someone” wrote the following comment:

Making MMD Pictures:
JPG vs PNG – which is better?

JPG images are just fine, but in this article, we will prove my claim definitively as well as giving some tips on how to get the best results for your MMD pictures. To do this, I took Miku and Neru to one of the local parks and took some pictures with my tablet.

The reason for this is to show definitively how well JPG images display both real world imagery as well as computer rendered imagery, specifically in our case, MMD models. The first set of images shows Miku taking a stroll along the embankment. The real world picture was taken using the camera on my tablet which produces 1280×800 PNG images natively. This was then combined with the MMD model of Miku using the Mikuture AR app.

The two images were reduced to fit the format of this page. Specifically, I reduced them to be 450 pixels wide. Nothing else was done to the images.

The top image is a JPG, the one below it is the PNG version. Can you spot any differences in the quality of the images?

Perceptively, I don’t think anyone can spot any differences.

Use JPG for most images intended for viewing on the web!

What this all means is that for web viewing (and even printing), properly processed JPG images can hold their own in terms of quality even though there is always some degree of compression. When making MMD pictures for display on the web, the fast-loading, smaller file size of JPGs is a big “plus!”

I used Irfanview to reduce the images to the size I needed to use on this page, but to retain maximum quality, I specified the minimum amount of compression. The screenshot below shows the settings I used. Just click on the image to see the full size image so that you can read the text. 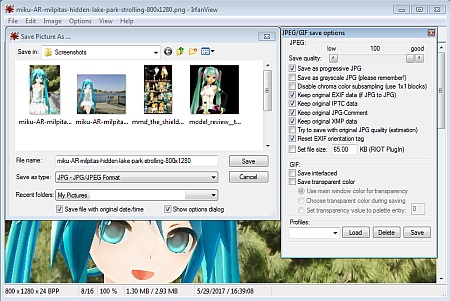 Some limitations of JPG

Which brings us to our next point – where JPGs are bad! For anything that has text, JPGs may not be the format of choice. So if you do images for web comics and the like, stick with PNG. All my comic style tutorials hosted on DeviantArt are done as PNG images to retain clarity of the text.

Also for things like logos or a lot of flat colors, you will generally get better results using PNG.

Here are some basic best practices:

But what about JPG and PNG images produced natively in MMD?

Produce the image at a larger size using either the BMP or PNG format. Then reduce it using an external application like Irfanview (note that images intended for full screen viewing do not need to be reduced). This usually leads to better results. The two images of Neru below were done exactly by using this method. As above, the top image is a JPG and the bottom one is a PNG. Both images were done in MMD and processed in Irfanview using a netbook with a very pedestrian graphic card. No MMEs were used and only a slight blur was applied to each image to smooth them slightly. The original images were rendered at 800×600 pixels and reduced to fit the width of a column on this page.

Once again, we challenge anyone to be able to say that one is better than the other.

Can you now tell what format was used for the Miku Append image at the top of this article?

The final image is just for fun, mainly because Miku wanted to show off her new swimsuit. The original image (PNG) was produced in Mikuture and reduced to fit this page (JPG) using Irfanview.

Miku Append version 2.0 model by Tda and edited by Maddoktor2

The park is called Hidden Lake Park located in the City of Milpitas in California. Click here to see an animated GIF showing how beautiful this small park really is (and how well the 256 colors only GIF format has held out after all this time). 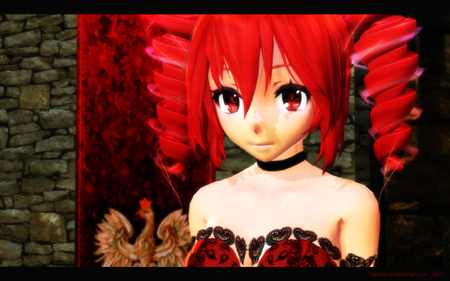 Making MikuMikuDance Original Animation Videos "the making of" my video 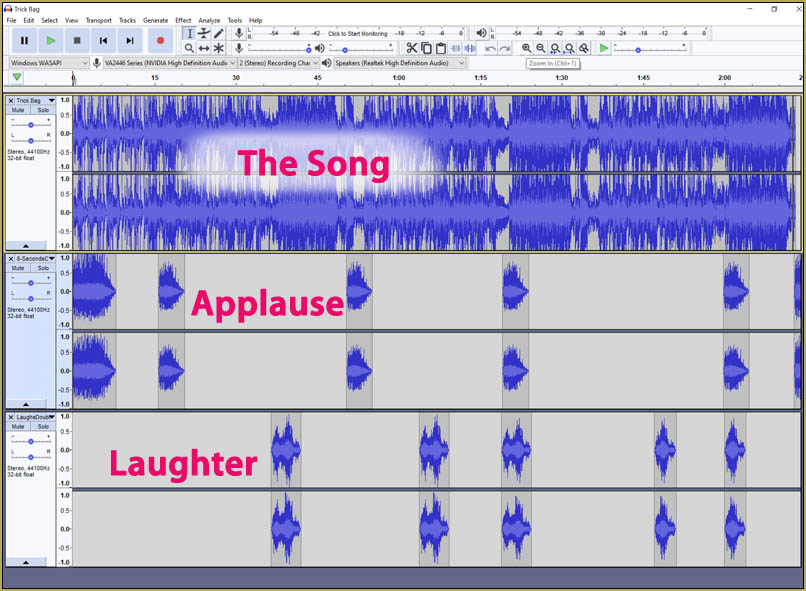 Add Life to your MMD soundtrack with Laughter and Applause! VDE-3! Making Soundtracks 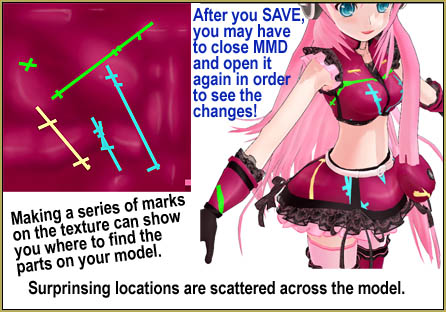 Comment (1) on “Making MMD Pictures: JPG vs PNG – which is better?”