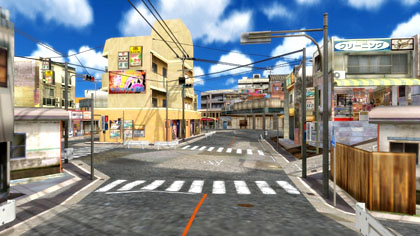 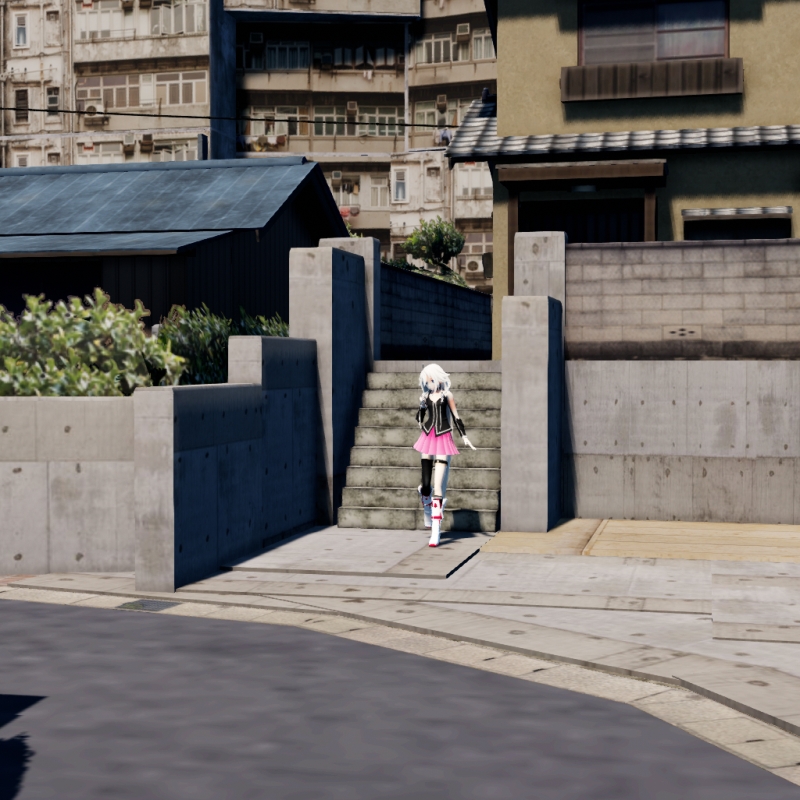 Kelorin town a fictious Showa period MMD town model by Japanese modeler Kelorin Jo BTA. It is one the most well known of the urban town stages available for MMD. The model has gone through several revisions in the past few years. When it was first issued, the model was essentially one unit with some add on pieces which made it very easy to use. These early versions were highly popular and featured frequently in MMD animations and other works. 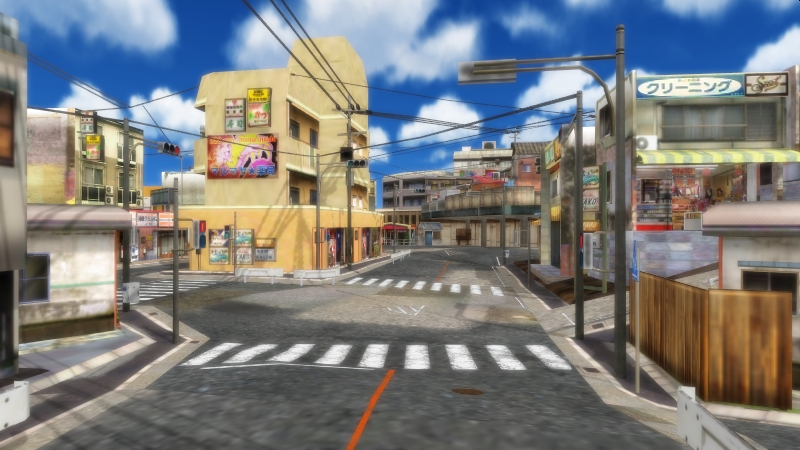 Kerorin Town ver. 2.02 – this version conforms to the original layout introduced in ver. 1.0 and is issued with a night texture version. It features many “vignette” areas making it extremely versatile.

The latest version (ケロリン町3.0forMMDベータ2.0) has some nice improvements over the earlier versions and just looks awesome. However, it is made up of eight different pieces which makes much harder to use. There is a solution though to this issue and in this article, we will show you how to get all the pieces organized so that it is easy to manipulated in MMD.

Note: Kelorin Town is sometimes known as Kerorin Town. The model author spells it both ways.

The design of Kerorin Town makes it representative of a small urban area during the Showa period. It has a good mixture of building types, from Post War Era units to buildings typical of the ones built in the economic boom times of the 1960s and 1970s. In a sense it is also a modern contemporary city in that there are convenience stores and high rises. It is cleverly divided into different areas which in themselves will be very familiar to natives of Japan. It is also very grungy and down-to-earth.

Unlike most urban models made for MMD, it has a multi-level topography. This together with its rich mix of building types and crooked streets allows opportunities to build scenes to reflect everyday life in a typical small town or city in Japan. But it is ambiguous; it could be a town unto itself or a part of a larger metropolitan area. Also, for an urban model, it is very compact. This makes it very easy to use.

From a technical standpoint, all versions are built very efficiently and can be supported by most computer system that can adequate run MMD. 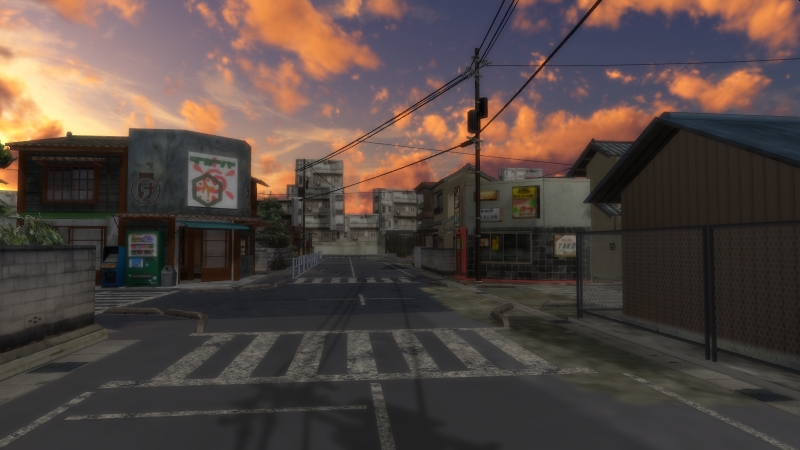 The focus of this article will on this version; which is the latest. This version has a slightly different layout and much more accurately modeled buildings. The textures are also much better and if set up correctly, it can be used for almost photo-real renders. Unlike the earlier versions, it does not offer a night texture version. Instead, it relies on many of the contemporary MME effects made to support night time scenes.

But it has one major downside for most users. Instead of being a single model, this version of the town is built up using eight separate models. For the average MMD user, this can be a huge hurdle to overcome. Fortunately, they is a relatively simple solution, but one that does require some effort initially.

Because of the way MMD is set up to work, the application’s camera is heavily biased towards the world origin. This is 0x, 0y, 0z – the center point of the MMD 3D world space. If you are trying to work in an area too far away from this point, the camera behavior becomes very awkward.

Urban models by nature are large and these distances are usually handled in one of two ways:

With eight pieces to contend with, just to change a scene may require all the pieces to be moved and this can be an almost impossible task; especially if any rotation is involved. One work around is to only use one piece at a time only and be very clever with your camera angles. This is a perfectly acceptable solution even though other issues may arise.

So what we want is a system that allows us to move all the pieces at the same time. There is one technical issue with this solution and this arises because this version of Kelorin town is more resource intensive than the early versions. However, if your computer can handle a contemporary 3D game such as Skyrim or World of Warcraft (Retail) smoothly at the game developer’s recommended default settings, there will be no issue. 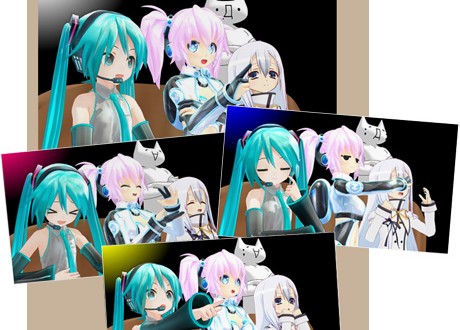 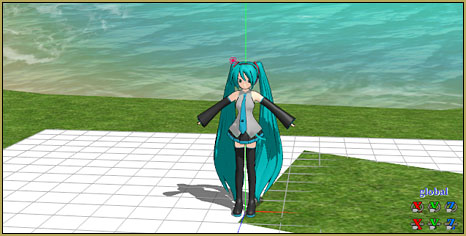 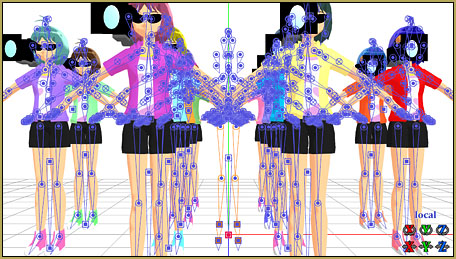 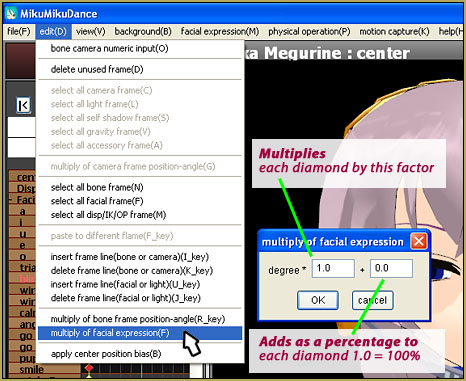 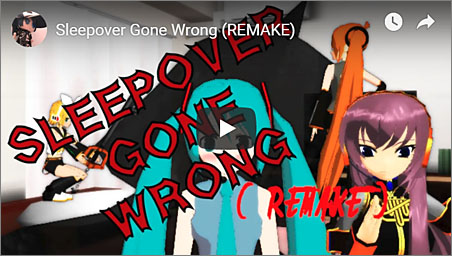