Dear reader…
Thank you for taking the time to read this article. I want to express my grace and gratitude to the LearnMMD Team for the honour of choosing me as the “Team’s Choice” winner for the Video Dojo Expo 1, with the “Swan Lake Princess” video that I have created.

The philosophy behind the video-

Although I’ve loved Hatsune Miku since 2007, and MMD videos (and practically all the wonders that Japan brings to this world) since I was a child, I have never created any work or made anything by myself until now. This animation is the first time that I have tried creating my own motions for an MMD video. The inspiration and motivation for me to start making the video came after seeing the video 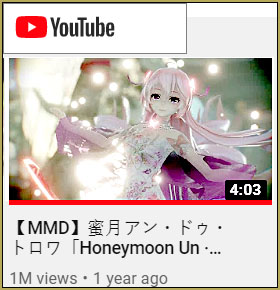 At this moment the Chinese are picking up MMD and are making such beautiful MMD videos.

I absolutely loved the ballet scene and thought I wanted to give my own touch to the making of such a video. I found myself imagining a European/Russian based ballet performance of the Swan Lake with my own interpretation towards it.

I did not want to watch all kinds of Russian ballet performances, not that they are not wonderful, but I did not want my work to be influenced in such a way that I would be merely copying someone else’s work… but rather, I wanted to make a creative new addition to the form… the combination and expression of art and dance in a way that was not seen before. 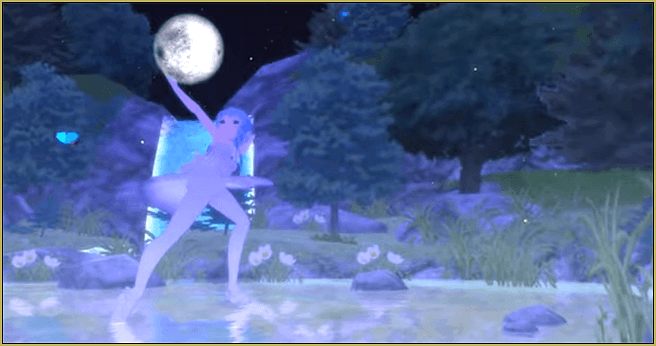 The dance is meant as an Ode to Divinity (in this case the moon and the heavens) in which Hatsune Miku represents herself as an element of nature, and has the beautiful aspects of both human and swan. The fluctuations are present in such a way that in the beginning and end you can see her behave like a swan animal, after that as a human who gives worship to the heavens, and as an expression of the connectivity between heaven and earth; her dance performance that she does for “nature” as a whole. She behaves not completely as an animal, not completely as a human, and has no awareness or care what others would think of her. She lives in a separate existential dimension. 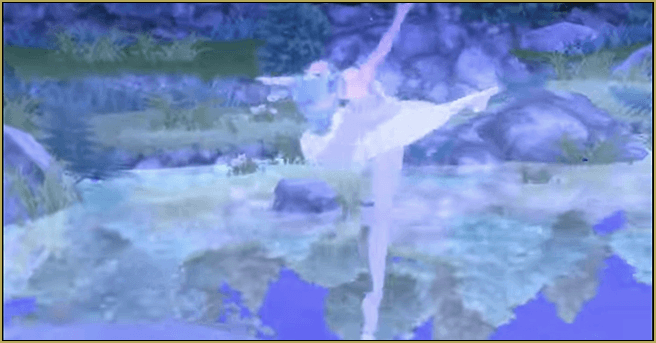 The making of the Video-

I started out with making the dance. As I’ve never done this before, I failed horribly at first because the movements that I made were much too slow and did not pace well with the music. With much work I learned how to make the model do the motions that I wanted. I knew only a little about MMD when I started, but I learned a lot from www.LearnMMD.com as I worked my way through this animation.

A big secret about this video that I didn’t disclose until now, is that there are actually TWO models used in the video, rather than one. At one point in the video (at 1:42), the bones of my model got so entangled due to the acrobatic movements that Hatsune Miku is making, that I was forced to make the first model invisible at this point, and implement a second similar model and make it visible. In reality she is standing there invisible the whole time until the first model arrives at that point, and is then made visible, while the other is made invisible. But it worked out well in the end, because I don’t think anyone including myself can notice anything.

The environment I just grabbed from the wonderful website of www.DeviantArt.com , whose people I cannot thank enough because they provide the world with such beautiful art that you are allowed to use as long as you credit. Especially this beautiful ballet model was so so so hard to get. I had to go through a beggathon to finally acquire this model and hosted it myself afterwards for others to use (by permission of the author). Watch my video on YouTube to see the full credits and links to those on Deviant Art and more.

And the special effects came from Beamman who’s special effects have helped thousands of MMD’ers. Albeit I must say that, even though I own a quick computer… Specs: Intel i9 Extreme 7980 XE processor, and Geforce RTX 2080… the special water effects in this video ate up so much of my computer’s resources that I came to a grinding 9 frames per second!
Furthermore there was a butterfly plague as well, with thousands of butterflies blocking the view on Hatsune Miku and the swan lake. No butterflies were harmed, but I had to trim them down significantly.

All with all, this animation was a lot of work to do, but it was fun to do… so it therefore was a worthwhile project resulting in a MMD video which I hope many people will enjoy.

Thank you so much, and have a nice day,