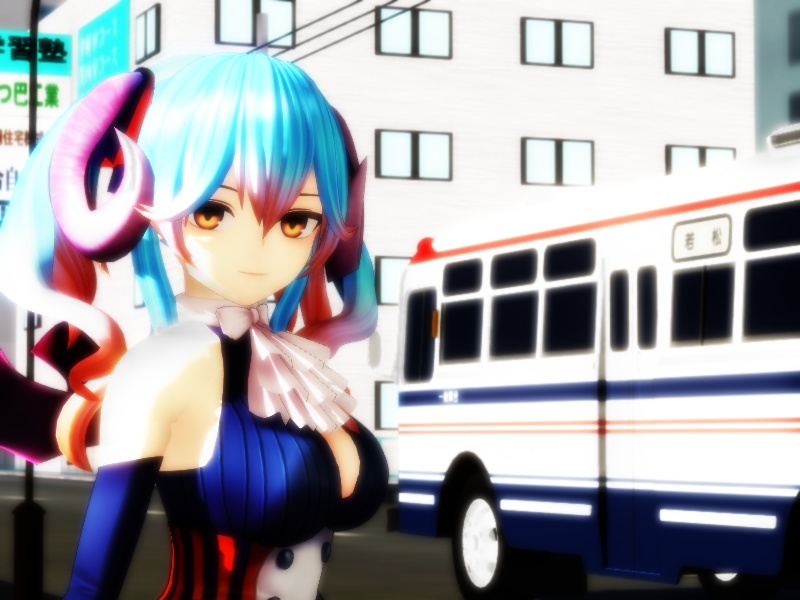 There is a MME shader available that can do some of the things that Ray-MMD can do but it is much easier to use. Known as PowerShader, this effect is ideal for bright daylight outdoor scenes. There are few little tricks to get the most out of it and these are easy to figure out.

Some things you need to know about the effect

Both these qualities are noted in the documentation accompanying the effect.

Getting ready to work with PowerShader

After the package is downloaded and unpacked look for the controller. The filename is: PScontroller.pmx. Make a back up copy of this file, maybe rename it as ORIG-PScontroller.pmx,  and keep it in a safe location; you will want to translate the original Japanese controller. It will be a lot easier to use the effect if the controls can be read in English.

You can load the model into PMXE and do your own translation… or you can download the Translated Controller which includes the Translated README file that Reggie has created for you.

To translate the controller yourself, open the model in the PMX Editor… 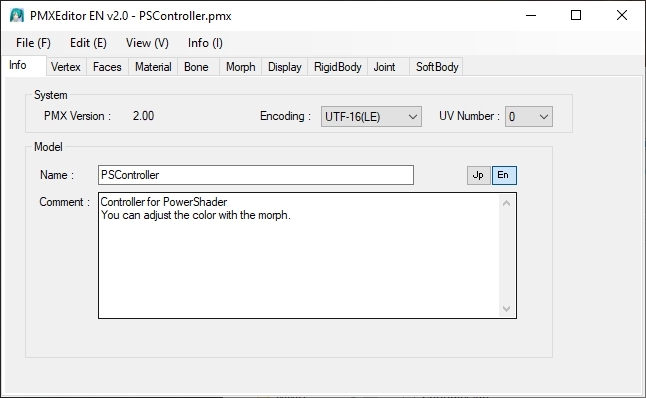 Fill in at least the Name: field on the English side. This makes it easier to identify the controller in MMD. 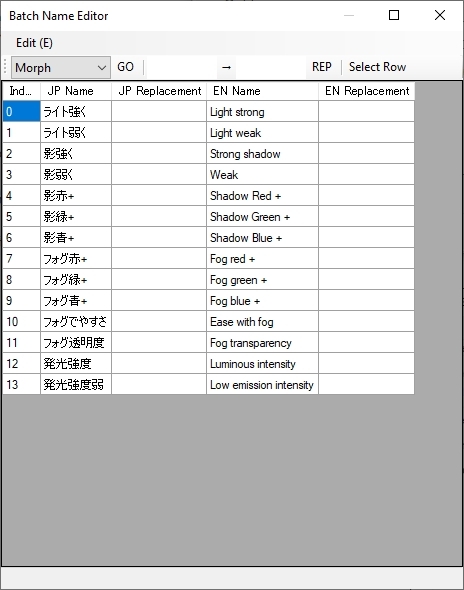 Use the Batch Name Editor (N) to populate the EN side of the Facial name fields. You can use GOOGLE Translate to create the translations.

Save the model; making sure that it is saved to the original folder and using the same original filename.

Set up the scene, ideally the scene should be comprise of a sky dome, a background stage and the performing model(s). The example scene that will be used in this article are shown below. It is comprised of the following elements: 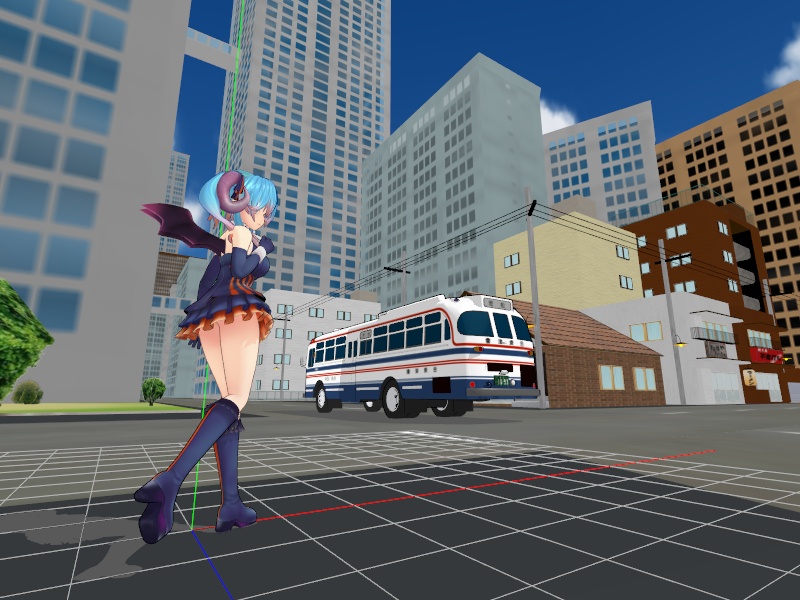 This image shows our basic set up using the default lighting direction. You can tell where the primary light source is coming from by looking at the shadows cast by the bus and girl models.

The model list above is also the draw order sort list. It is important to correctly sort the model draw order otherwise the MMD ground shadows will cut through the ground.

To apply the effect to the scene first load, in this order: AutoLuminousP.x and DiffusionP.x. Then open up the MME control panel and add the following shader files to the models as shown in the screen capture below: 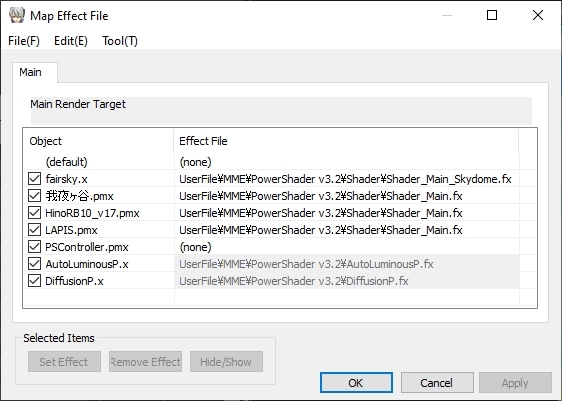 The scene now looks as shown below: 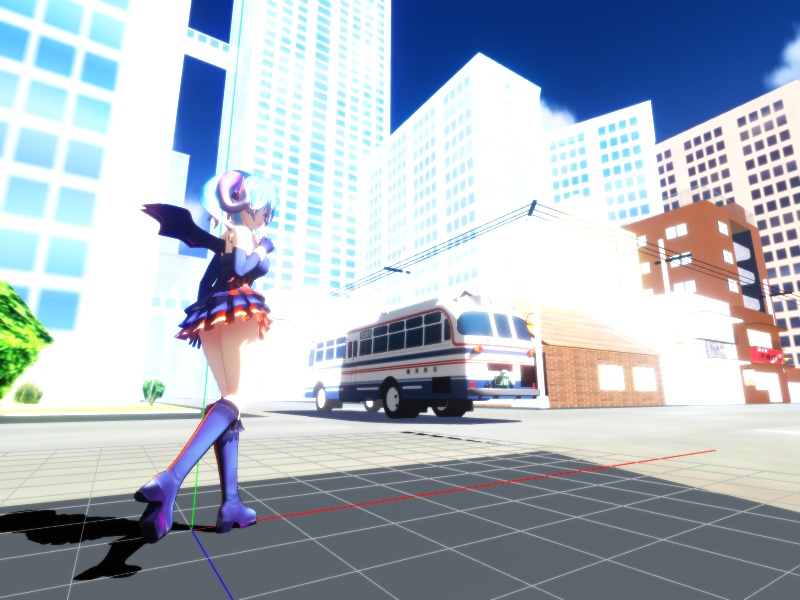 This is how the scene looks with all the PowerShader elements loaded. Since the light is coming from the front of the scene, there is a lot of glare; bleaching out much of the details.

Since the effect is intended to be used with back lighting, use the MMD lighting controls to adjust the direction from which the light is coming from. In the image below, this was simply adjusted to have the light coming from the opposite direction. 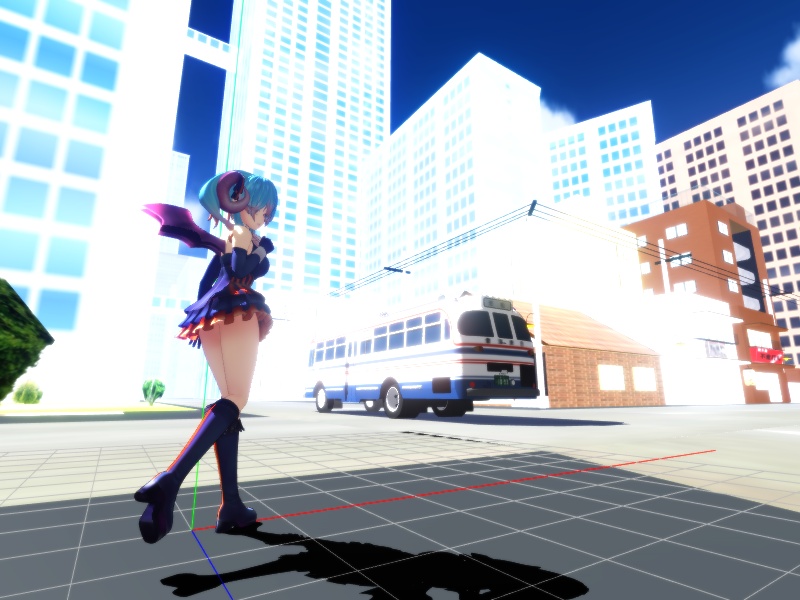 With the light direction set up correctly, there is already some improvements to the definition of the different elements. 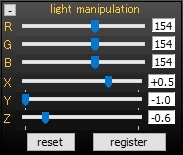 Usually, only adjustments to the X and Z axis values are needed to rotate the direction the light is coming from.

The lighting quality adjustments are all done using the PScontroller. The system is very flexible and allows for a wide range of lighting to conditions to be simulated.

It is very important when working with the PScontroller (and other controllers of this type) that the “select” button in the bone manipulation panel is “OFF” and also that the “track” button in the view panel is “ON“. Done, this way you will be able to see changes made to the scene using the controller accurately without having to jump between model and camera views. 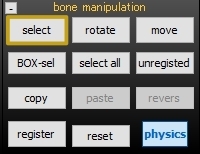 For this article, only conservative adjustments were used. The image below shows the end results: 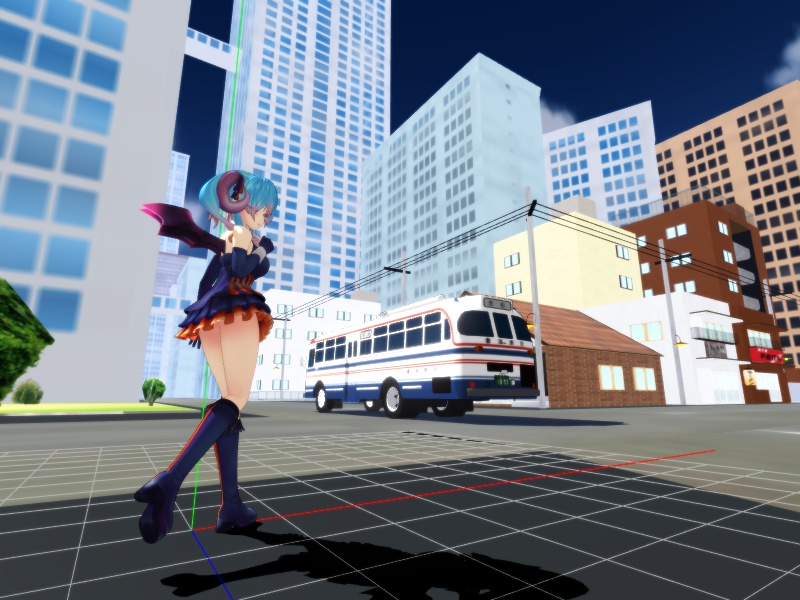 Only minor tweaks were needed to make the scene look far more life like. 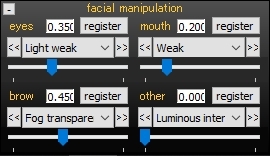 These are the basic steps required to correctly set up a scene using PowerShader. The rest of this article will show one method to get the most out of this system.

After the basic scene has been set up there is a lot of latitude to improve on the scene. There are numerous global shaders available that can be used to enhance a scene. To demonstrate what could be done, the camera was adjusted to show the anime girl much closer in order to better illustrate the unique characteristics of this suite of effects. The global lighting was also adjusted to increase the highlights reflecting off of the girl model. A by product of these adjustments is how the light plays on the bus and surrounding buildings. 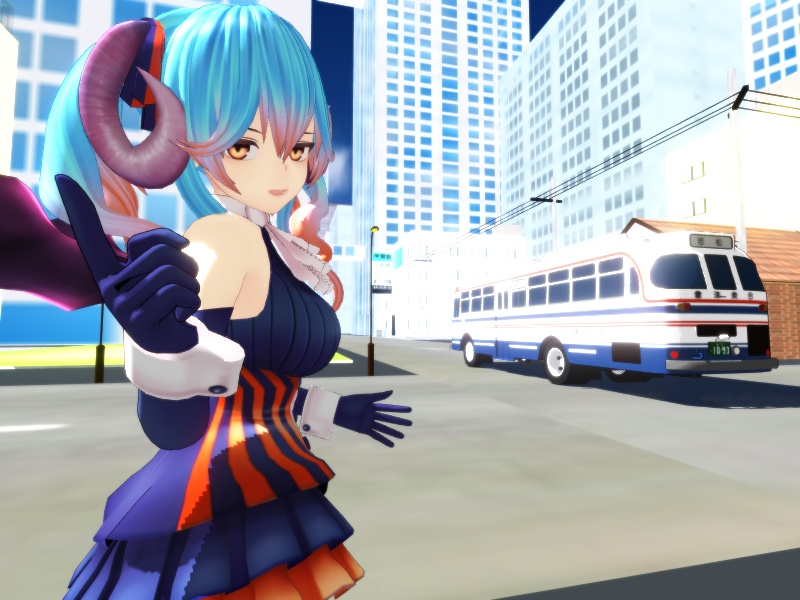 Image with only PowerShader effects used. 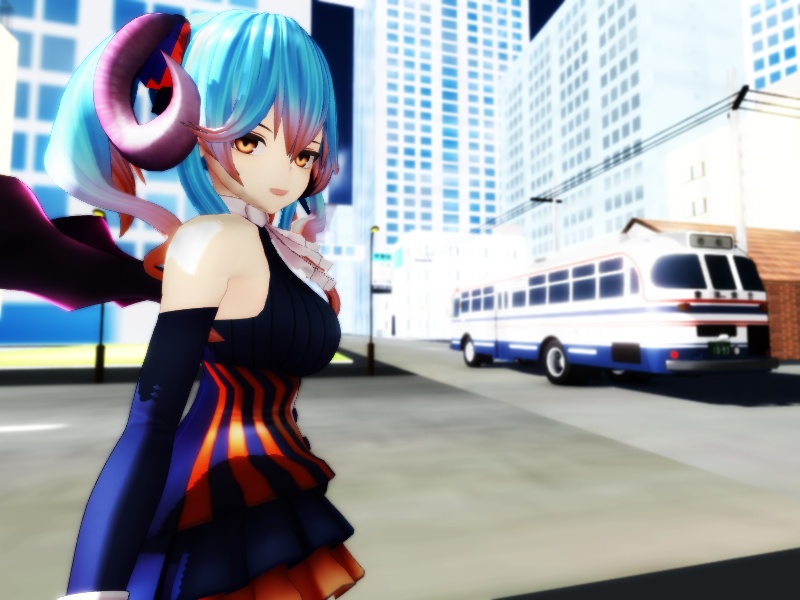 Image after other effects were added.

To implement the final image, only the following effects were added:

Types of lighting scenes that PowerShader is good for…

Because this is a rather specialized effect it is a good thing to bear in mind that this effect is not intended to accommodate all types of lighting environment. It is, however, a good choice to use in the following types of lighting situations:

Hopefully, the information in this article has been helpful. Do not be afraid to experiment; the effect and its assets are extremely powerful and versatile, so just try different settings to see what works best for your project.

PowerShader v3.2 – 角砂糖
Other MMEs used as listed in article above.