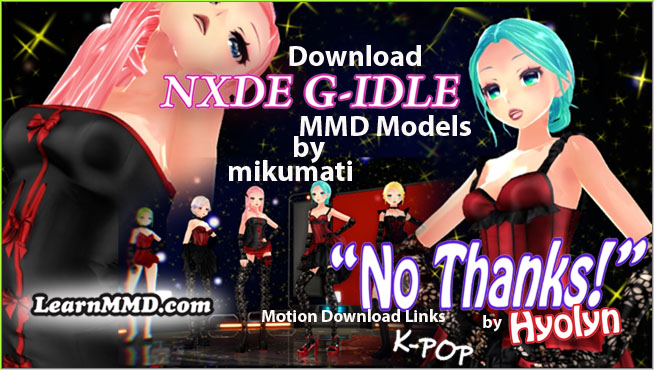 Where can I download mikumati’s beautiful NXDE G-IDLE models for MMD? Can I download the MMD motion files for the song “No Thanks” by Hyolyn? I need a MikuMikuDance model set featuring Miku, Rin, Luka, Haku, and Gumi!

Download beautiful NXDE G-IDLE models by mikumati and download the Motions and WAV files for “No Thanks” by Hyolyn!

There is no ReadMe but there IS a note of whom to credit:

The creator’s rules that are often in the ReadMe are listed on their Deviant Art page.

Gumi, Haku, Luka, Miku and Rin… you can use the hair-color to determine who’s who! 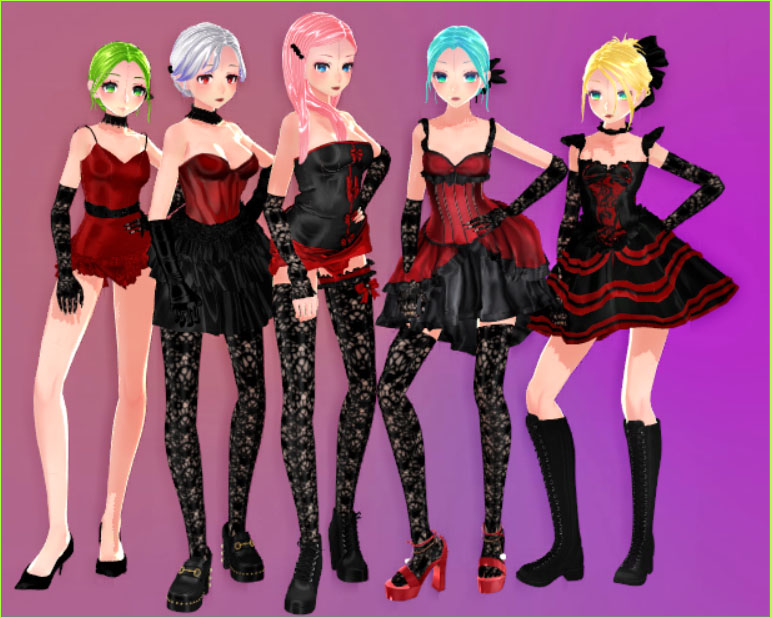 Haku is usually portrayed with the largest… build… but in this set, Luka gives her a run for her money!

The fabrics and the textures look great! I enjoy the variety of footwear these girls are modeling. As I was working with these models in my video, I saw quite a few simple collisions with arms passing through fabrics and body parts, but nothing major that distracted from my performance. I changed nothing in the downloaded motion file and you can see that all of the girls worked well with the data. In my animation, I applied the identical data to each model. Each of these models has a Motherbone which makes it easy to slide them to where you want them to stand.

Download the motion and WAV for “No Thanks” by Hyolyn 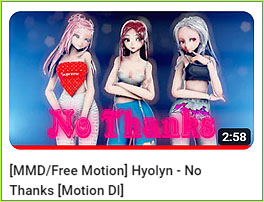 That download link takes you to this video by Ren which features the download link for the motion file she created for No Thanks.

When you click the link you are taken to her boosty.to page where you can click to download the motion RAR folder. Today, when I did it, I had to attempt the download about six times before I was able to get the complete download. It’s a 25MB folder because it includes the 3-minute WAV file. That .to domain is from the islands of Tonga! … but I made it safely.

There is no camera motion file included in this download, but the YouTube video, there, does give you a link to one. Because of the way I wanted to show-off the models, I spent several hours making my own camera motion.

This is a wonderful motion file. I enjoyed working with it! But I had five models that I wanted to show you, so I loaded that motion file onto the five models, each the identical motion. I started the animation with all five models standing on the Trackdancer/LearnMMD stage. After viewing the models from all angles, I removed the stage and allowed my models to float in space!

I unchecked the Display checkbox for each model…

I wanted to show you each model. I did so, one at a time, by not displaying the other models while I was focusing upon “the one”. As a segway to shift from one model to the next, I ran the camera deep into the “stage” while I checked and unchecked the appropriate model’s checkbox, and then I rolled the camera as I brought it back to the stage to see the next model. With all of those effects going on, I think that worked quite well.

Man! Did I keep the camera moving! I spent, I think, close to four hours on that camerawork as I would also make short test videos to see how everything was going. Each model had her own portion of the music in her scene… her own motion to perform… and her own costume and appearance that I wanted to show to you. AND, this is a fast-paced song with LOTS of action in that motion file! I was busy! The video is very busy! … I hope I didn’t go over-board with so much camera action! 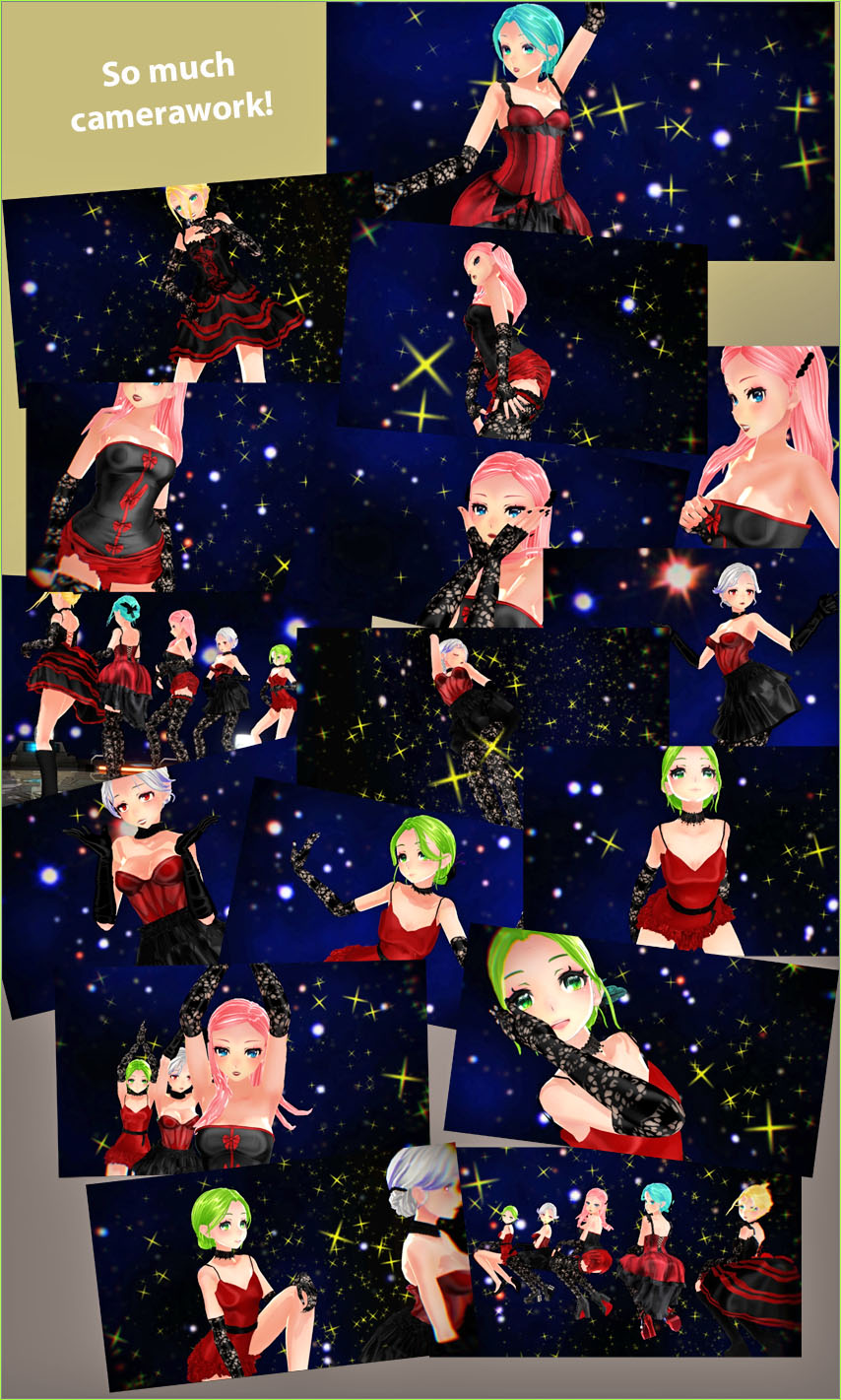 In this animation, I used only a few effects…

The Cheap Lens effect…which adds a soft focus vignette and a bit of motion blur. I set the Si size at 2.0 to get the look that I like.

I used Autoluminous to light the lights on the Trackdancer/LearnMMD stage.

I used SSAO at full strength for the depth of color in the models.

I used the KiraKira-SparkleV2 effect to add all of that sparkling motion in the background. You can see that I used the Yellow sparkle… many colors are available.

I tried to use Real Material Shader and Real Figure Shader on these models to enhance the colors and textures, but those effects did not work well with these beautiful models… so SSAO is all that’s on them.

I think that’s it! Enjoy the new models!
Have fun with “No Thanks” and MikuMikuDance!

"the making of" my video, Downloading New Models, Reggie Dentmore 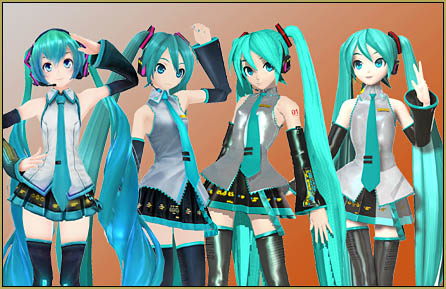 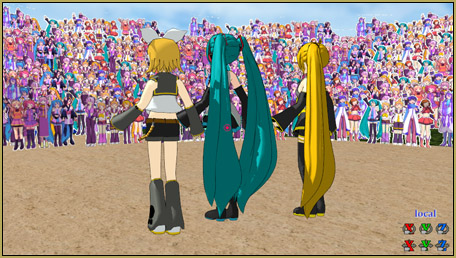 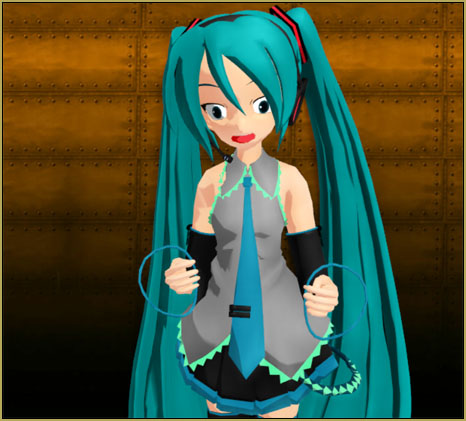 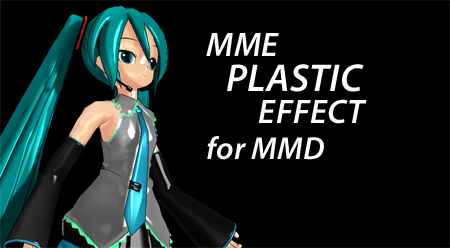