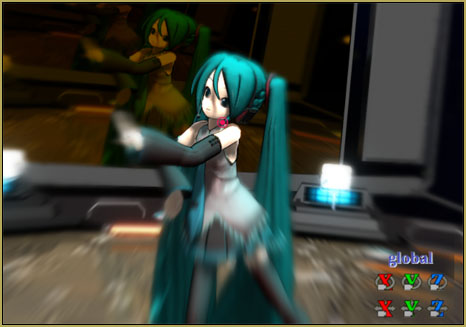 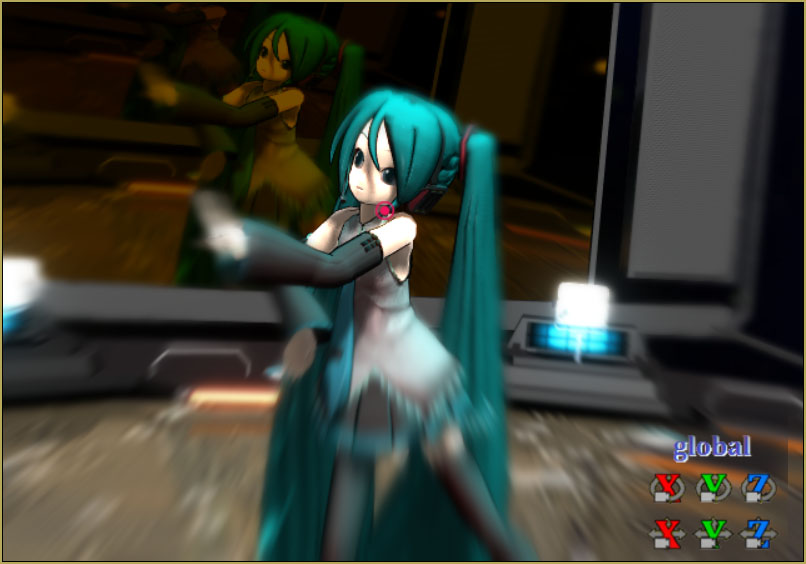 MotionBlur3 Effect adds visual reality to your MMD videos…
… and your still images, too!

A reader left a comment about an issue he was having with a motion-blur effect… and that got me started on this tutorial.

It’s easy to get started… except…

All you do is load a model and then load the MotionBlur.x file. And… … nothing happens.

If you swing the camera, you will see the blur. … Adjust the Si size of the effect to a bigger number to get MORE Blur. I found that movnig the camera was the easiest way to get a blur going. The effect works on the model’s motion, too… but you need to zoom-in close to the model and have a nice, swift motion… and a larger number in that Si box.

I made a test video with an Si size value of 6… watch the softness of the speeding hands and the wonderful blur as the camera dances with this video. … That awful music? … Nyan-Cat!

You might want to cut the sound so that you can concentrate on watching the blur “happen”. See that the blur is strongest when the camera is zoomed-in on the model… and the blur takes-over the entire screen when you make a quick camera-move!

You can also catch still frames that show the blur!

Aside from the MotionBlur.x file, you will see a LockMotion.x and a LockCamera.x file. These are the tools used to capture that active blur as a still image.

It is very heavy because it emphasizes quality more than Ver.2.x series.
Ver.2.2 is often sufficient for video.

It is adjusted mainly for still images.
It is better to have some background model even if it is plain, rather than the model alone.
A white background and a black background are included.

Nothing changes when the screen is stationary,
Try moving it around.

While the included LockMotion.x is loaded and displayed, motion state recording stops and
Blur will be applied depending on the amount of movement from the motion state immediately before that.

The following can be considered as typical usage.

LockCamera.x has a similar function for blurring due to camera movement.

Supports MMM from Ver.2.2.
We have confirmed the operation with Ver.1.1.9.9.
However, there is a limitation that the movement of accessories will not be blurred.

The following elements will not be blurred correctly. note that.
 The part that can be seen through the other side of the translucent material
-Objects that have been moved, transformed, or propagated by effects (including particle systems)
 What is reflected in the background AVI

If you turn off MME or use other effects together, a lot of strange boards may appear, but
If it gets in the way, please hide it by moving Y.
Do not replace dummy accessories.

PMX files with more than 260,000 vertices are not supported.

To make a still image with the blur…

Load either LockMotion.x or LockCamera.x and, in FRAME ZERO, uncheck the DISPLAY box and “Register”.

Find the frame that you want to be your still image (in my image, below, that would be frame 109). Click to Display and Register. … now scroll back a few frames… and then, when you scroll forward to your chosen frame, the blur will start to show! … You may now Render to Picture File or simply Print-Screen to put the image on the clipboard memory. 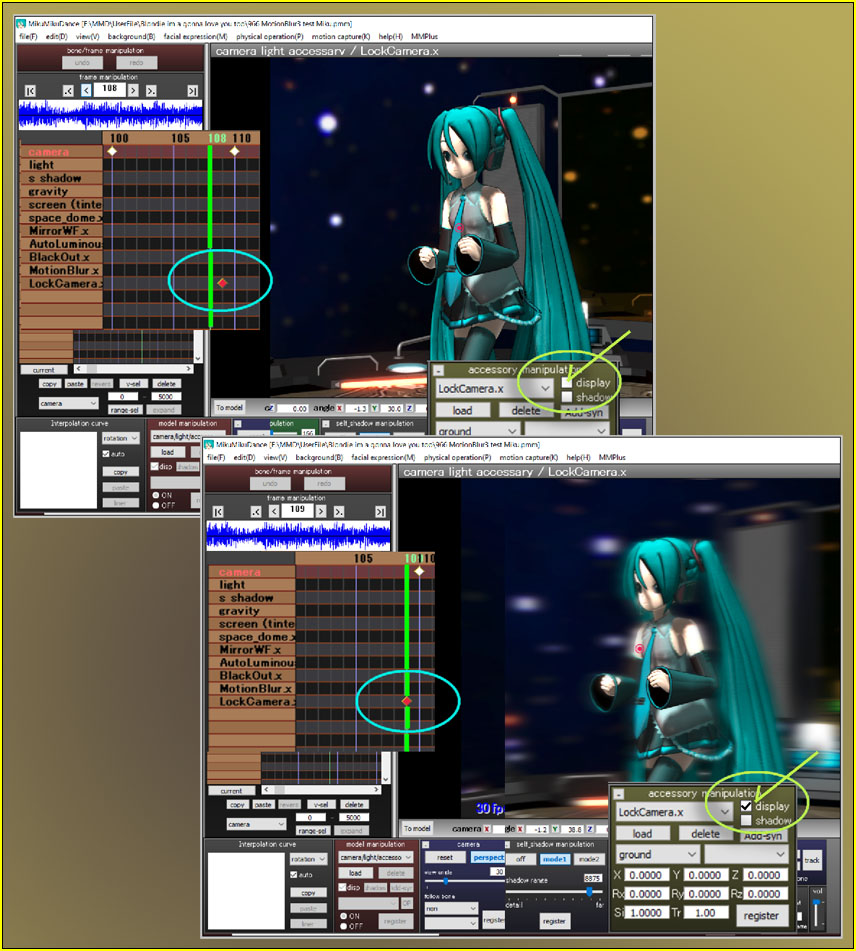 There are two more .x files with bad names!

See the two .x files that are not translated. One of them, ìòöwîi.x, blocks-in a black background that cuts-out your skydome… the OTHER file, öÆöwîi.x, gives you a WHITE background… 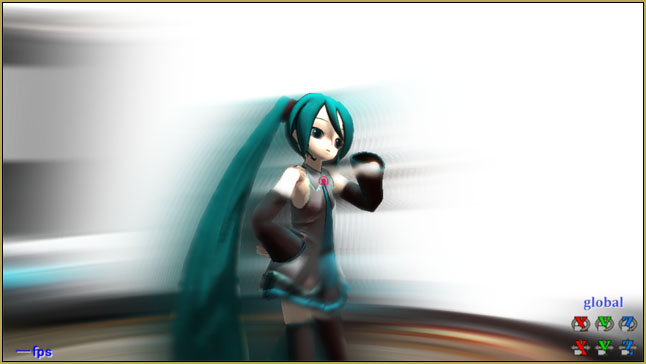 There is still one more .x file… VelocityMap.x … but I didn’t figure that one out! Feel free to try it.

I think that’s it! … Have fun with MikuMikuDance! 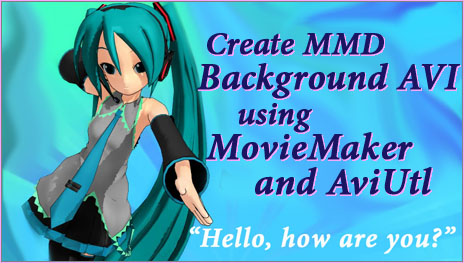 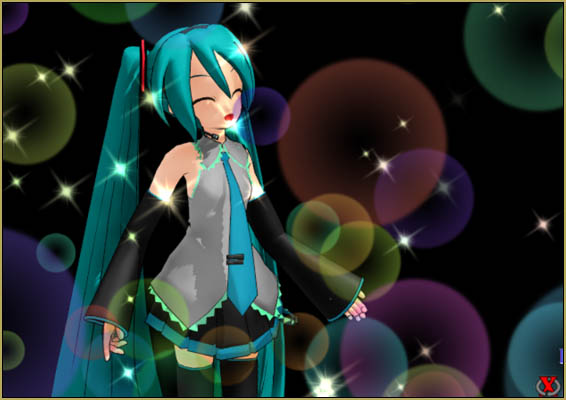 New Interpolation Curve Video was fun to make! "the making of" my video 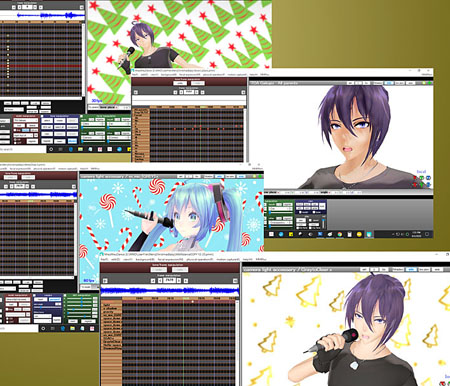 MMD Animating SAVE AS multiple versions as you go! MMD Basics 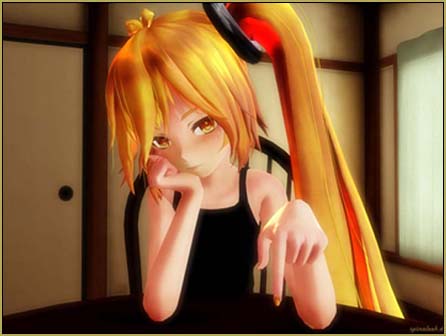 Comments (5) on “MotionBlur3 Effect adds visual reality to your MMD videos and stills!”